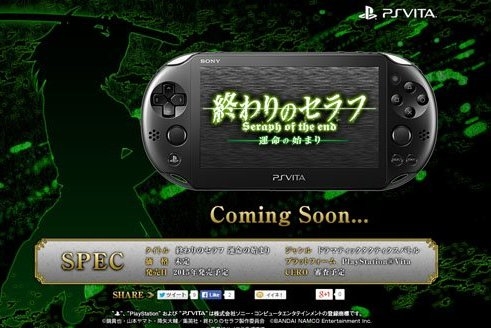 Seraph of the End: The Origin of Fate Japanese Teaser Site Now Open