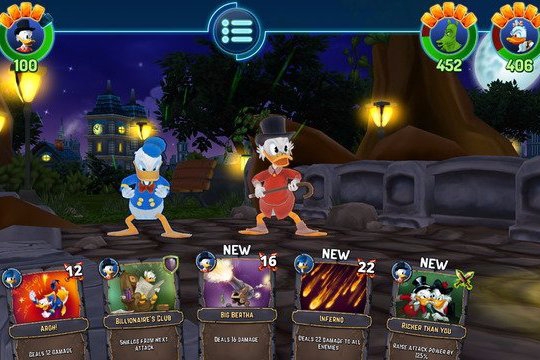 The Duckforce Rises Is A Disney Card RPG