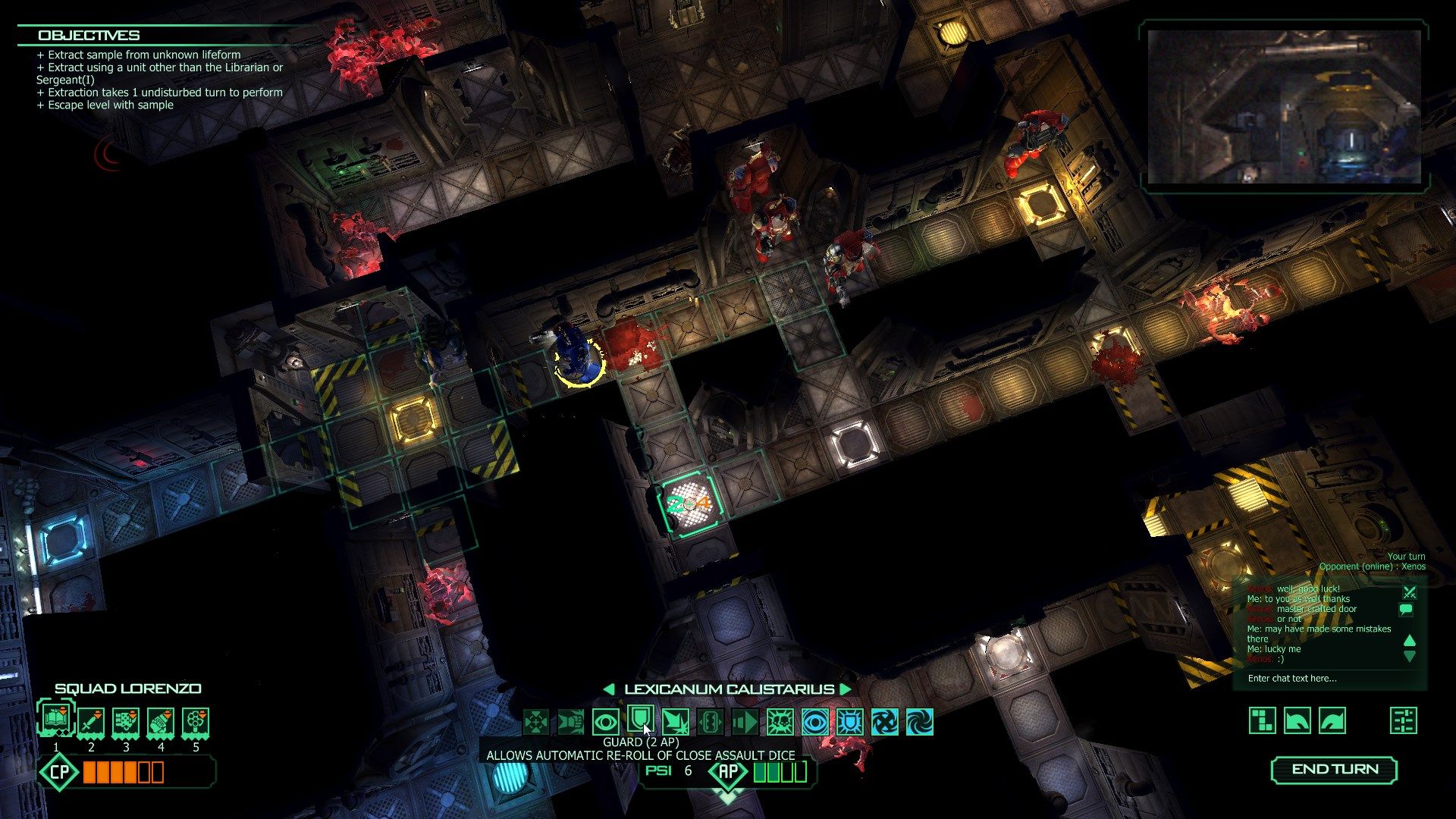 Gamers have been playing inside Games Workshop’s Warhammer 40,000 universe for decades – long before video games even existed -- in board game form. In HR Games’ Space Hulk for NVIDIA Shield, players can explore this sci-fi universe on the go via Android.

The 3D digital turn-based strategy game recreates the classic board game experience for single player and multiplayer. Space Hulk is set in the isolated corridors and tomb-like chambers of an ancient vessel lost in the graveyard of space. Players lead a small army of fearless Space Marine Terminators to battle in a ferocious fight for survival against hordes of predatory alien Genestealers.

Manny Granillo, CEO of HR Games, talks about the new NVIDIA Shield Android version of the game in this exclusive interview.

What were your goals heading into this game?

What’s the storyline in this game world?

Based on the best-selling board game and set in the Warhammer 40,000 universe, Space Hulk is a 3D digital turn-based strategy game that recreates the classic board game experience for single player and multiplayer hotseat play. The Space Wolves Chapter along with other additional missions included for the special console version. The player will play as a small squad of fearless Space Marine Terminators who attempt to reclaim their honor by mounting as assault on a derelict space hulk infested by hordes of vicious Tyranid Genestealers.

Who are the main characters?

You play the role of a group of Terminators sent in to cleanse a Space Hulk of Genestealers.

How do you feel you're pushing things forward with this game?

We believe that bringing the AAA console gaming experience to the powerful Tegra-based mobile devices is a natural extension of fulfilling customers needs for key entertainment on the go.

Can you talk about the single player experience?

Based on the Sin of Damnation campaign from the 4th edition board game, Space Hulk includes a robust 12 mission single-player campaign, a co-operative campaign, Blood Angel and Space Wolf Chapters and many other thrilling missions. It is quite immersive. We combine elements of a first person game with the strategy of a third- person experience. Everything about the game pulls you in.

What type of multiplayer is there?

We offer a competitive and cooperative Hotseat mode to get players to experience the heart-pounding action. Recreating the tense battles of the board game, multiplayer mode will allow players to go head-to-head as one player controls the Space Marines and their opponent the Genestealers, in the ultimate fight for domination.

How have you worked with NVIDIA on your game?

NVIDIA has really worked night and day with us to bring our far reaching graphics and immersive sound system into their NVIDIA TV and their TEGRA based devices. There is no better partner that understands games who is leading the technology world into the next generation of visual experience.

What have they provided in terms of tech that has helped with development?

What are your thoughts on the evolution of Android as a platform?

Space Hulk is more than just a game. It is an all consuming experience that can only grow with the next generation TEGRA powered devices and NVIDIA is spearheading innovation on the Android platform.

What excites you about Android TV?

It is by far the best Android device on the market today.  No one else comes close in power.  For the first time in its category, game designers such as myself are fully empowered to bring the console experience to the masses.

What impact do you think NVIDIA Shield Android TV could have within the gaming ecosystem?

What do you see NVIDIA Shield Android TV opening up for game developers moving forward?

How does your game take advantage of NVIDIA Shield Android TV’s functionality?

We fully embrace NVIDIA's cutting edge technology and full controller support for all our Android titles.

What impact has Tegra X1 technology had on the gameplay experience Shield Android TV users will have?

Tegra X1 technology has allowed us a level of performance and visual expertise not available before on the Android platform. With amazing shadows, real-time lighting technology, mind-blowing shader technology, and the ability to convey the Space Hulk experience with our advanced sound has been superb.