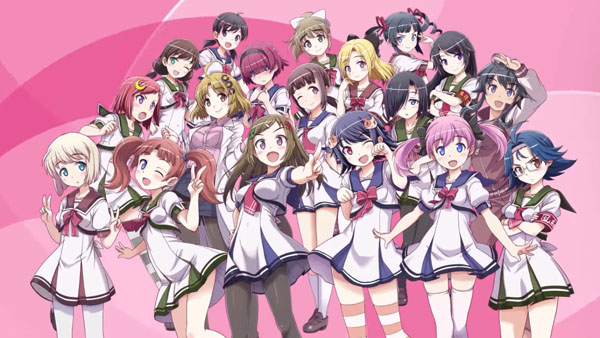 We talked about Gal Gun briefly before, but now its first official English trailer has been released. It's coming to retail for PlayStation 4 and PS Vita in the middle of next month, and it's going to be one of the most unique "shooters" you might have ever seen for the Vita.

There will be a story mode where you'll be tasked with seeing if you can finally tell the girl of your dreams how you feel about her, with branching paths and side quests that you can tackle as well. You'll level up your protagonists and use the special "Doki-Doki Mode" to clear the screen when too many overjoyed girls get in your way as well. Swap their outfits, take photos, and collect achievements and high scores as well.

Gal Gun: Double Peace is slated for a physical and digital release on July 19. Pretty surprising -- I would have almost bet money this would have been a digital-only release. The only thing that concerns me about the game are some perceived frame rate dips in the trailer, which looks hilarious, but there does seem to be a little slow down in some of the more "intimate" levels. It seems both the PlayStation 4 and PS Vita are obviously powerful enough to handle a game as silly as this, so I'm hoping this is resolved when I can finally test the game out for myself.