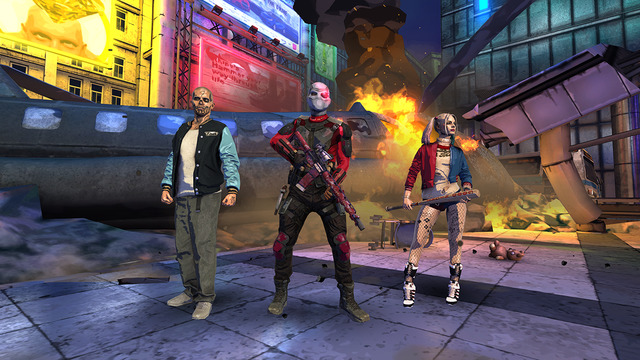 How To Survive More Waves in Suicide Squad: Special Ops

Jonesing for some Suicide Squad in your life but can't wait a week or so for the game to come out? You're not alone. There's a cure for that pre-Suicide Squad depression, and we've got it right here. It's Suicide Squad: Special Ops, and if you don't have it you're really missing out. You may remember we covered the game not long ago and sang its praises as it's one of the better licensed titles out there. It's completely free and actually worth playing. But if you're struggling with doing well, we've got a bevy of tips and tricks for you to clear out all those baddies with...er, the guys who are badder than you, anyway.

Choose the right Squad member for the job

There's a reason the Suicide Squad was handpicked for the special missions they undertake, and it's not just because they're "bad guys" and "that's what they do." They also have specialties that you should be relying on. For instances, Harley Quinn is the mistress of melee as she can user her baseball bat without having to tap into your ammo supply, and El Diablo has pyrokinesis for combat. You'll want to decide which character works best in different situations, as there's no one-size-fits-all solution. If you have to clear out a large amount of enemies you may want to opt for more firepower instead of ranged attacks. This may seem like a no-brainer, but it's important advice to remember, especially if you're newer to wave-based games.

Make sure you're getting all the power-ups

Just like with Call of Duty and Gears of War you get a brief reprieve between waves to make sure you refresh and reload. When you get a few moments to do this, you can grab ammo from the crates nearby and get additional supplies. If you have to replay levels to get additional loot, don't be afraid to do so, but don't just keep grabbing the same crates. Various crates will end up having different contents, including armor and health as well as attack damage. When you kill enemies you can load up on health as well, so you might want to consider having some major killing sprees if you're load on health. Use a melee weapon to get the most out of your sprees as well.

Get to know all the characters and time them wisely

You can use all three characters in the game in each play session, and when you run one to their death you'll change over to a new one. You can choose the order in which you'll play the characters, but there are no "continues" if you run through them all. If you're good at melee attacks, choose Harley Quinn first to tear through wave after wave with her baseball bat. This way you'll get to try out each character as well without too much muss or fuss. It's a common issue for people to ignore characters completely when faced with them in games like these, but you'll want to become as proficient as possible whenever you can. So make sure you're choosing your villains in the right order for you to get as much practice as possible smashing skulls in.