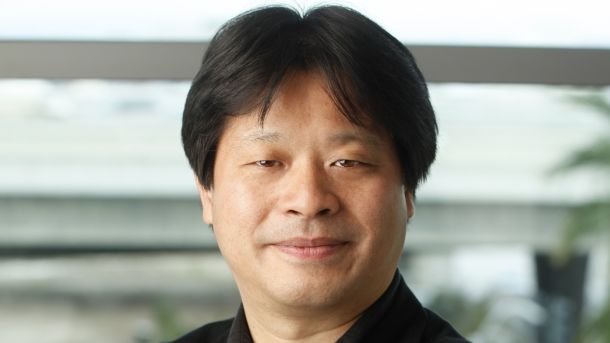 Mobius Final Fantasy is a sprawling mobile game quite unlike any others out there in the franchise, and it's one of the largest for mobile Final Fantasy fans by far. That's why we decided to pick producer Yoshinori Kitase's brain about it, delving into the pricing model, the decision to go mobile rather than handheld, and more.

We saw that other Square Enix mobile games like Cosmos Rings are set at a premium price. Why the decision to remain free-to-play with Mobius Final Fantasy?

Yoshinori Kitase: This is the first time we attempted to release a high-end HD game in the mobile market so we were in a sense, testing the waters. I think that it must be the same for our players. For a game positioned to be a completely new title that has never existed in the mobile market to this day, we felt it would be important for players to first and foremost pick up and play the game for free. This way the players would get a feel for this completely new type of mobile game being presented.

This is obviously the largest smartphone-produced Final Fantasy. Why create a smartphone-only installment instead of heading to handhelds?

Kitase: The evolutionary cycle of mobile devices is half a year to a year. The platform’s performance is increasing at a faster rate compared to gaming devices and its graphical expression is already nearing that of video game consoles. In other words, the general notion that “mobile gaming equates to casual gaming” is beginning to fall apart. In the near future, we expect to see high-definition AAA games lined up in the mobile market. We took an early step towards reaching towards the future and bringing a new perception into the mobile market.

Why was the decision to omit traditional map travel made? For some, that comprises the "traditional" Final Fantasy experience over the rest of the mechanics.

Kitase: We aimed to create a full-scale high-end game in terms of content, but took care in delivering a game that can be played whenever, wherever in relation to gameplay style. Since we focused on creating a UI that only requires a single thumb, something that doesn’t require preciseness in maneuvering a virtual stick or aiming, we rejected the traditional map travel. Rather than designing the map based on fine, pixel-level travel, we designed the map so it can be enjoyed from a strategic perspective, like finding a tactical route while scanning the region in its entirety. I consider this to also be one example of us taking a “traditional” approach.

If the game performs well on smartphones, would there be any possibility of it coming to a console like PS Vita or PC in the future if the demand were there?

Kitase: If there is a lot of demand from our players, there may be a possibility. However, first and foremost, we’d like to focus on making the game on the mobile platform a success.

Why was the game created as a linear experience rather than an open one for players to explore?

Kitase: In considering what aspect would be important in maintaining FINAL FANTASY-like qualities as a FINAL FANTASY game, we came to the conclusion that it had to have a great “story.” In order to address this, the chapters are released in a linear fashion focused around the main story in the beginning of the game.

That said, the game will not be limited to this. Moving forward, we plan on preparing various content, including areas that allow players to enjoy the adventure, areas where players can compete against one another for the highest score, and event-based areas where familiar FINAL FANTASY characters make an appearance.

Around the timing of the game’s launch, the game’s progression will focus on the storyline. In the future, however, the options available to players will drastically expand with the release of many different areas where players can freely select from, in addition to a multiplayer content.