Remember all the initial server issues that plagued Pokemon Go's launch back in July? We sort of assumed it was because of the huge number of players trying to catch their favorite little beasties, but the scope of the server crush is only coming to light now.

In a blog post explaining the intricate server and cloud details, Google's Director of Customer Reliability Engineering Luke Stone said the initial launch was in Australia and New Zealand. and within 15 minutes "player traffic surged well past Niantic’s expectations," Stone said. "This was the first indication to Niantic’s product and engineering teams that they had something truly special on their hands. Niantic phoned in to Google CRE for reinforcements, in anticipation of the US launch planned the next day."

By the time of the U.S. launch, Niantic and the Google Cloud team had 1X base expectations, with 5 times that number being a "worst case scenario." What actually happened was the launch in the United States brought in 50 times the number of base users and 10 times the worst case scenario.

"When issues emerged around the game’s stability, Niantic and Google engineers braved each problem in sequence, working quickly to create and deploy solutions," Stone said. "Google CRE worked hand-in-hand with Niantic to review every part of their architecture, tapping the expertise of core Google Cloud engineers and product managers — all against a backdrop of millions of new players pouring into the game."

What the team learned from the U.S. launch paid off when the game finally launched in Japan two weeks later, as three times more Japanese players logged in than U.S. players.

If you want the nitty gritty on all the server and cloud machinations that went into stabilizing everything, the full blog should be an interesting read. 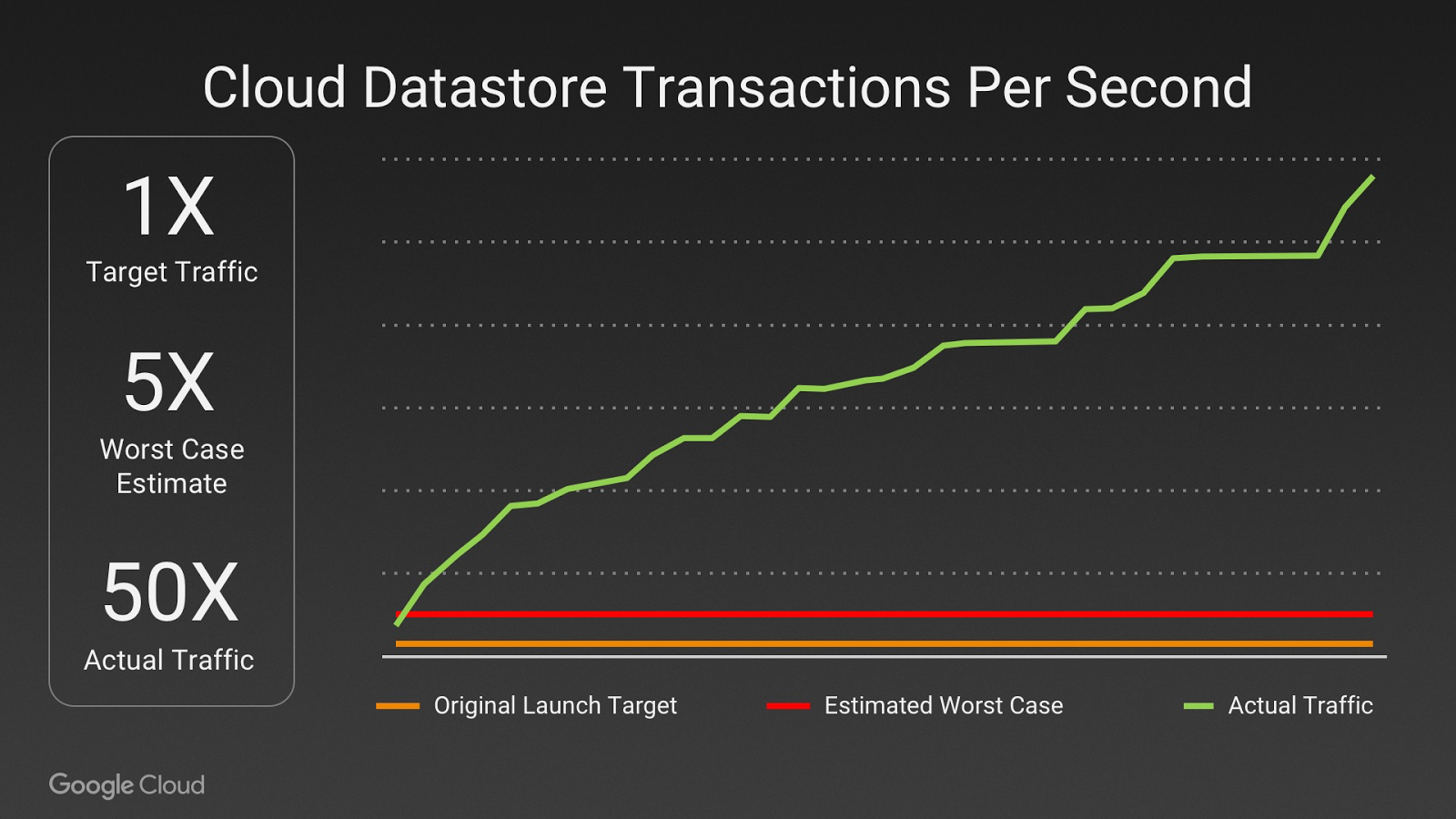