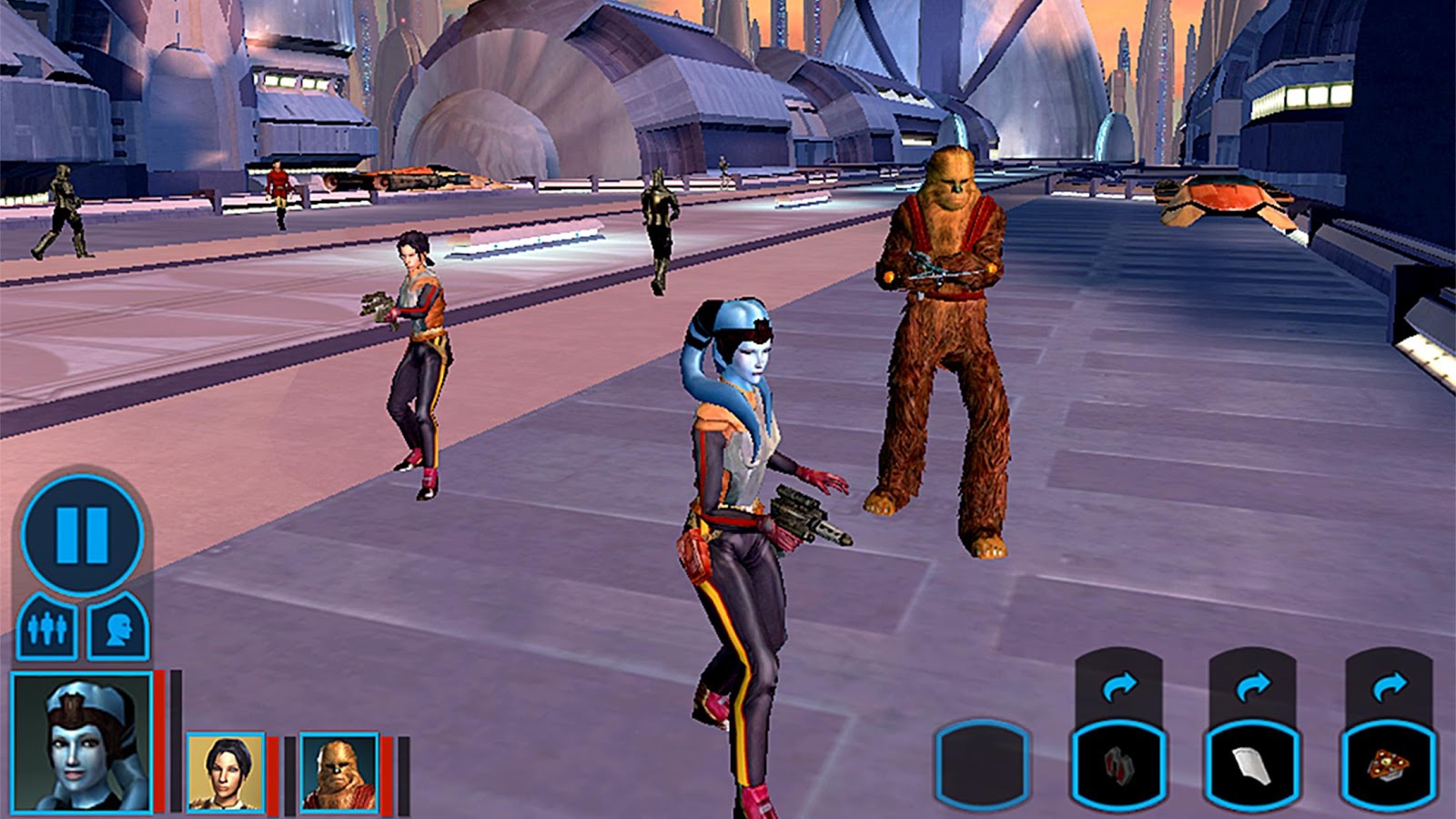 There are so many mobile games in the world there's no way to keep track of them all. That's why we're here to guide you and make sure you know what's out there and why you should have it. And there's a whole wealth of mobile ports of classic old games you absolutely need to play. That's why for the inaugural edition of Ten Mo, Modojo's bi-weekly top ten countdown, we're serving up ten of the best mobile ports of classic games. Delicious and tasty, make sure you nab them while they're hot!

Carrying along one of BioWare's greatest role-playing games of all time in your pocket is a great idea, especially when it's made this well. Traveling across the universe with Bastila Shan and shooting up baddies on Kashyyk? Some of the best times you can have in a role-playing game. This port is well worth your time, especially if you didn't experience it during its heyday when it made its debut.

Day of the Tentacle

The LucasArts adventure game that cemented a lifelong love of point-and-click titles for players everywhere is now available as a mobile title, and you should have had it installed like, yesterday. The tale of Purple Tentacle, gone rogue and out into the world as a megalomaniacal villain is just as fresh and hilarious as ever, and now it's portable. Really, you should already have had it before now.

You may not expect such a mammoth strategy franchise to make its way to the iPhone, but this port is surprisingly complete and deep, with 2K offering a full-featured alternative for players without a console or PC to enjoy Sid Meier's legendary series without sacrificing gameplay.

The classic ultraviolent delinquent simulator received an admirable port to the iPad that managed to bring every savory piece of vehicular manslaughter and debauchery to mobile devices with every shred of awesome intact. We know it was a difficult feat to pull off, and for that we salute it.

The SNES favorite is made to look fresh and new with its new life on the iPad and if you're a die-hard role-player the tale of Crono, Marle, and Lucca (and the rest) looks and feels fantastic on this port. Going to fight Lavos? Don't do it just yet. You're not ready, and you need more time to savor this port.

Pixel for pixel Sonic CD is a fantastic remake of one of the very best games in the series, despite its rough patches and the insidious pinball boss we vow never to voluntarily play through again. This is an incredible port of the game, with new features, perfect controls, and even the original Japanese soundtrack available if you want it. That alone should make this a must-have for diehard fans.

Who hasn't fantasized of killing robo-Hitlers while sitting in the waiting room at the doctor's office. We're here to say we have, and it's made oh so sweet navigating this classic FPS on the iPad. All you need is two hands and the will to slay some Nazis. Check and check

Growing up with Doom was an absolute pleasure, and now that we can look back to the past simply by downloading the app rather than fussing with DOSBox and compatibility, we can get back to slaughtering Cacodemons and finding keycards with the greatest of ease.

This excellent representation of the classic Working Designs RPG made a splash upon its transition to iOS devices, with an admirable job translating what made the game memorable on its own merits to a brand new frontier. The sprawling tale of Alex, fledgling Dragonmaster, and childhood friend Luna settles right in and makes itself at home on mobile devices for an instant nostalgia trip anywhere.

Max may have changed over the years, but that doesn't mean you shouldn't go back to enjoy the hit that started it all. The port of the wildly successful shooter that popularized bullet time feels quite natural even being played without tactile controls like keyboard and mouse, and still manages to look great while doing so. iPad owners wishing to get up to speed before jumping in with Rockstar's third installment would do well to start with this great edition.