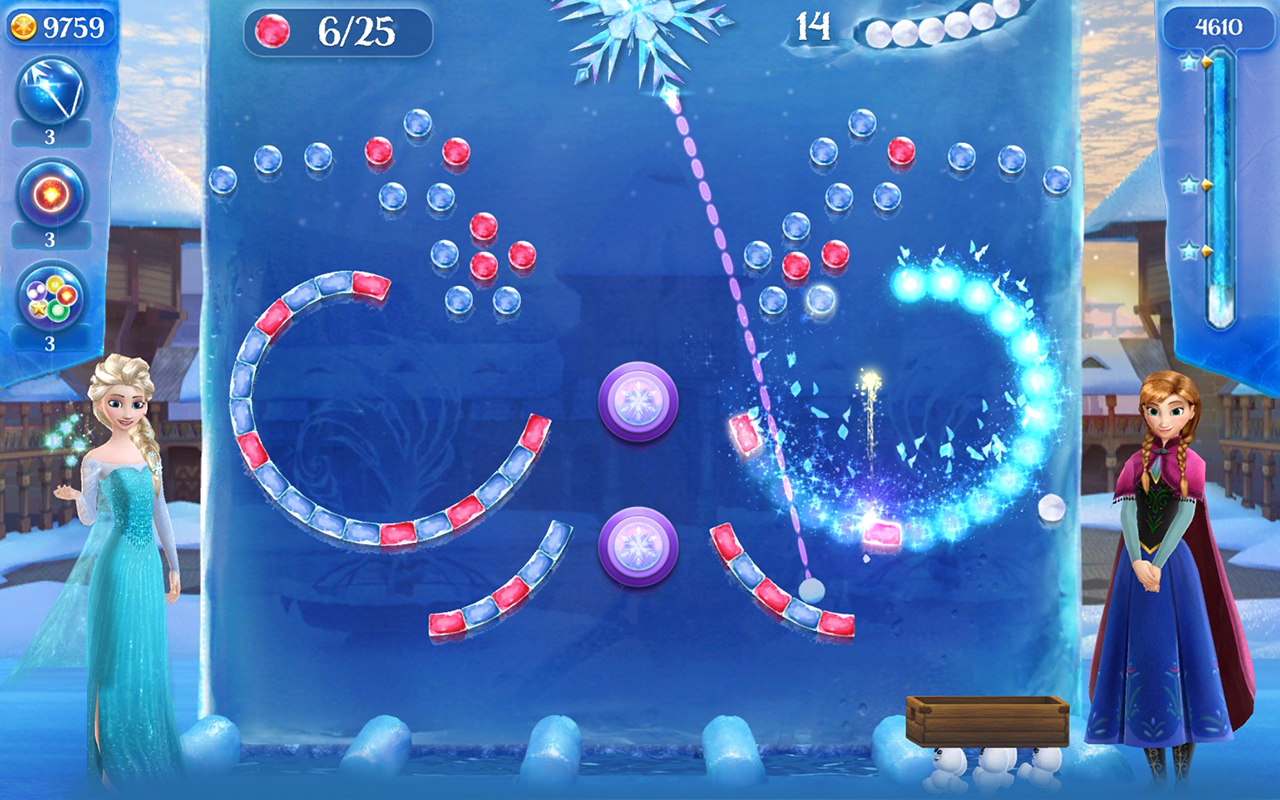 You probably thought since Frozen had faded out that we wouldn't be hearing much about Anna or Elsa anymore, right? That it's finally time to "let it go?" That's not the case, silly reader, as there's a brand new Disney Magical World game on the horizon featuring Frozen characters as well as a new riff on Peggle: Frozen Free Fall: Icy Shot.

The game follows you, shooting a series of Elsa's snowballs to break the ice that's surrounded the Kingdom of Arendelle. The game features over 100 levels with the same boosters and power-ups you'd expect from Peggle (and it's free-to-play) but don't let that stop you from giving it a try. There's always room in life for more Peggle-like games, especially since there hasn't quite been a game to fill the void with the absence of the cult classic.

If you enjoyed Frozen Free Fall before it, you'll probably dig this too. Check out the trailer below.