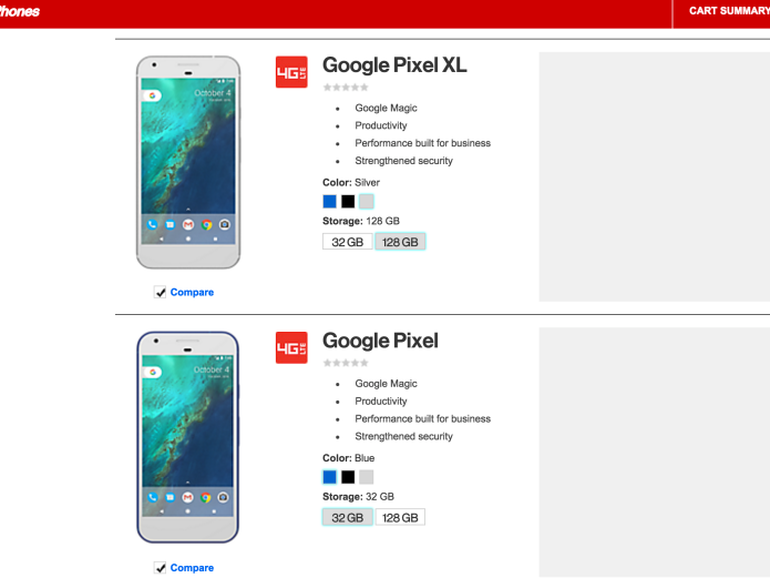 There's only about an hour left until the Made By Google event, which is meant for Google to display all of its upcoming products, including the new Pixel smartphones, which have already been leaked by phone provider Verizon.

The Pixel and Pixel XL are said to feature something called "Google Magic," which we're not entirely sure actually means just yet, but we're about to find out in about a half hour. The phones themselves look quite familiar though, from their names to their aesthetic. The phones will come in blue, silver and black and two sizes: 32GB or 128GB.

What could Google Magic mean? Why is it sandwiched between buzzwords like "productivity" and "strengthened security?" And how much like an iPhone is the Pixel and Pixel XL anyway? We'll have to wait patiently until the event begins. Hopefully then we'll all have another smartphone to covet that makes sense, especially in this day and age where privacy is the #1 feature to hope for when it comes to mobile devices.