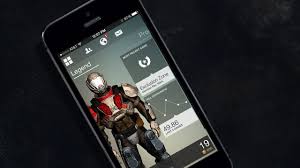 There are so many mobile games in the world there's no way to keep track of them all. That's why we're here to guide you and make sure you know what's out there and why you should have it. If you like playing console games in addition to mobile titles, you probably know there's a ton of companion apps out there for them as well. That's why for this week's Ten Mo, Modojo's bi-weekly top ten countdown, we're serving up ten of the best mobile app companions for games on console and/or PC. Delicious and tasty, make sure you nab them while they're hot!

When we’re away from our PlayStation 4, it’s reassuring to know we can access nearly every aspect of our console through the use of Sony’s PlayStation app. The app gives us access to the PlayStation Store to make our purchases on the go and scheduling them to download so they’re ready for us when we get home.

We’re also able to access our Friends list, our What’s New section, and view Live from PlayStation streams directly from the app. We can also connect to the PlayStation 4 to use our phone as a second screen device, view upcoming events, and gain access to a number of helpful PlayStation-related links that direct us to its Games, PlayStation News, and more.

We don’t want to alarm you, but the world of Fallout 4 isn’t as hunky dorey as it appears to be from various screenshots, videos, and live streams you’ve probably seen. It’s dangerous. Too dangerous to go out there alone without some assistance, which is why we’re fans of the Fallout 4 Pip Boy app.

While the Fallout 4 Pip Boy app was designed to be used along with its real-world Pip-Boy, amateur wastelanders can use it while they play Fallout 4 in order do anything they’d do with their in-game Pip-Boy. You can check your stats, view your inventory, or remind yourself what exactly you’re supposed to be doing via the data tab. You can also play games that you’ve picked up along the way or view all of the interesting sights you’ve stumbled onto via the map. If you take your Fallout 4 experience serious, then installing the Fallout 4 Pip Boy app will definitely help your chances for survival.

Even if the game wasn't all that well received, this official companion app was a nice full-featured suite with a few extra bells and whistles of its own. It included the usual round of stat-checking, character customization, and social features, but it layered on top of that the ability to earn in-game credits. This revolved around its own original strategy card game, Base Command, which wasn't a bad game in itself.

Microsoft's high-tech answer to the Wii U was to turn every mobile device you own into a second-screen experience. The potential benefits were extraordinary, allowing developers to offload some menu tasks or maps, and letting on-demand TV shows program special supplemental materials. As the Wii U faltered, though, so did Smartglass, as developers made less and less use of it. The technology is still neat, though.

What began as a fairly bare-bones hub has turned into a full-fledged social experience to keep track of all your friends and games. It took on Microsoft's Smartglass head-on by being Sony's own answer to second-screen experiences, but packaged that functionality alongside friends lists, an optional PlayStation 4 keyboard, and more. Best of all may be the easy PlayStation Store functionality, letting you purchase games and add-ons while on the go and give your PS4 of a nudge to begin downloading, so it's all ready when you get home.

Keeping with the core console game's emphasis on tension and haste, Dying Light's companion app features time-sensitive scouting missions. Scouts you succeed gather experience, cash, and items from their missions and bundle them up in care packages that you can ship off to your character in the base game. Not only that, scouts who come back alive gain experience in dispatching zombies, making them more reliable in future missions.

Originally conceived while the Mass Effect series was incredibly hot at the moment, the Mass Effect Datapad acted similarly to Halo Waypoint. It provided a wealth of information about the alien races, storylines and characters of the Mass Effect universe just in case there was a plot thread you didn't quite understand while playing. It quickly became a great resource for both series veterans and newcomers as well.

It's difficult enough to keep track of your World of Warcraft toons and obligations, but the Armory app makes it a lot easier when you're on the go. You can access the Auction House, mess about with your character, keep tabs on how your adventure is going so far, and do a lot of other cool stuff as well. If you're a World of Warcraft fan and you find yourself on the go a lot, this should be an invaluable tool for you.

The mobile app considered the best destination for all things Halo, Microsoft concocted something pretty interesting here by collecting Halo news, behind-the-scenes clips and images, and a whole host of other information in one simple app. For ViDocs, sneak peeks and tons of additional looks into the Halo series, you can't go wrong.

There are few companion applications that offer the kind of interaction that the Destiny companion app offers. While it started off as a clunky, barely useable application, Bungie have worked hard to make it a go to for users looking to manage their loadouts, see what Xur is selling, and even check their stats. The ease at which you can move items from character to character is also extremely helpful, allowing you to quickly swap weapons and armor around when you need it most. The Destiny companion app has a lot of good to offer for Destiny players, and it’s easily one of the most accessible official applications ever released for public use.

The Mirror’s Edge companion application is another perfect example of an application with more than enough features that don’t overload the user. Featuring ease of access to everything in the Mirror’s Edge Catalyst world, this application allows players to easily manage their Runner Tag, create new challenges for their friends, and even access the content created by other players in the game world. It’s a great way to stay up to date on what your fellow runners are doing, no matter where you are in the world.