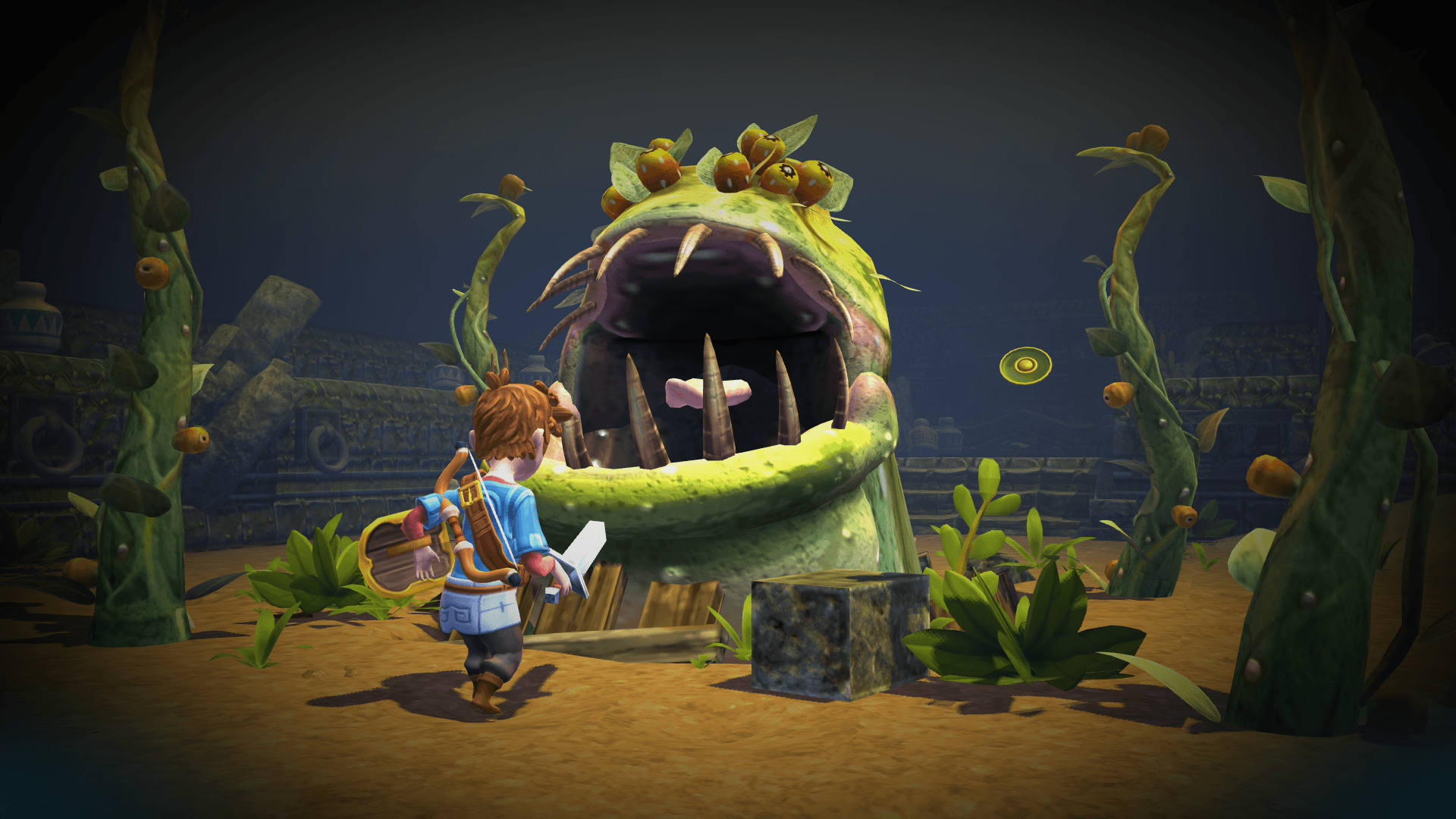 Oceanhorn: Monster of Uncharted Seas is a charming mobile title that is obviously and heavily inspired by The Legend of Zelda: The Wind Waker. That's not a bad thing, though, as Oceanhorn is a blast to play and because of that, it's been highly successful. So successful in fact that across all platforms its sales have combined to over one million units sold.

Developer FDG Entertainment is eager to keep cashing in on their success by porting Oceanhorn to pretty much every gaming device available. The game made the transition from iOS to PlayStation 4 and Xbox One this year, and now FDG plans to port the game to Android, PlayStation Vita, and an as yet unnamed "Nintendo console."

Looking at Oceanhorn: Monster of the Uncharted Sea's visuals, it's not a stretch to think they may be downgraded for a port to the Nintendo 3DS, but given the vagueness of the statement we'll more than likely see it on the Nintendo NX.

There's been no release dates given yet for Oceanhorn: Monster of Uncharted Seas' new ports, but you can get a look at the Xbox One and PlayStation 4 version in the trailer above and pretend it's from your favorite gaming device!