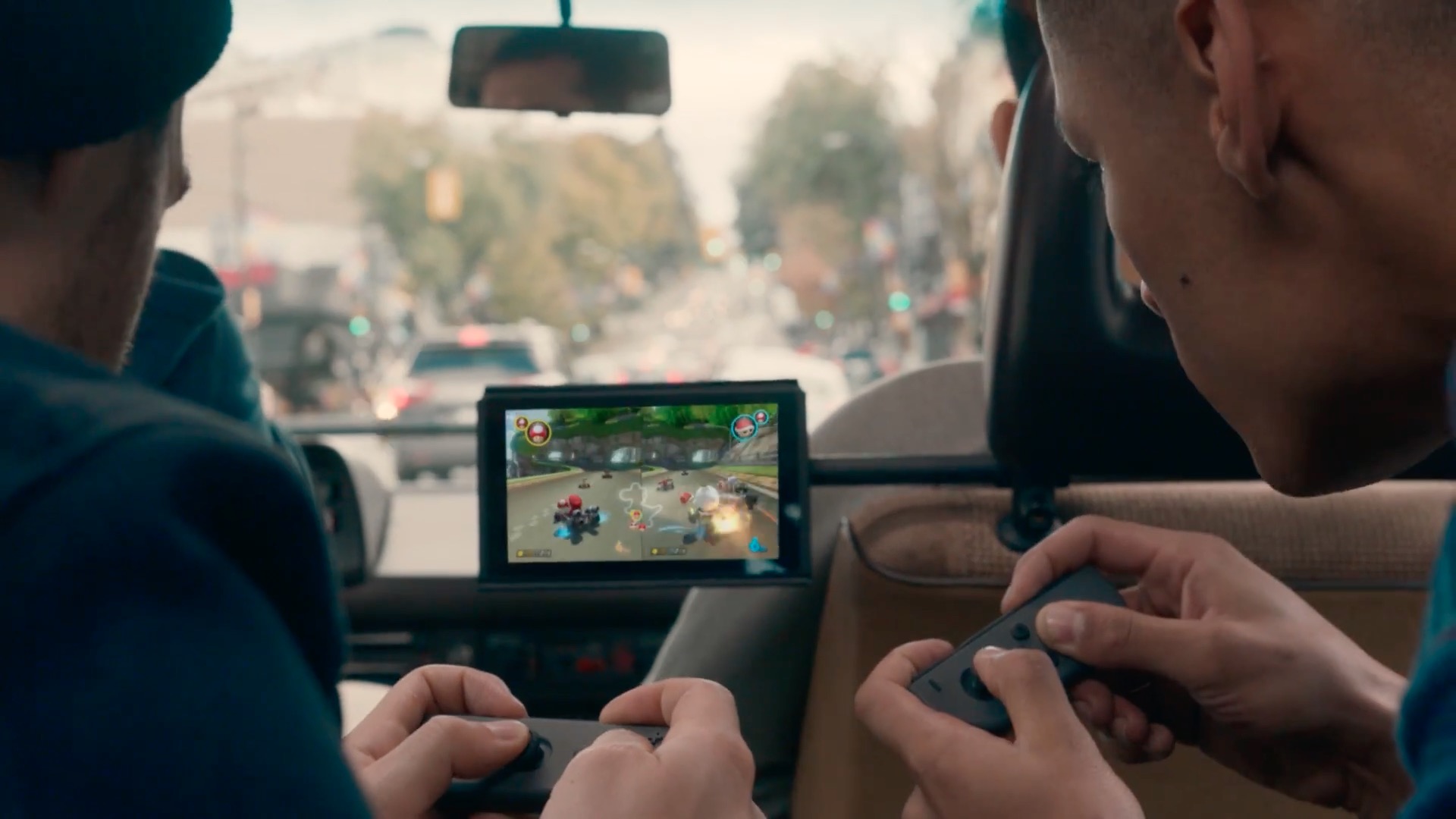 One game we absolutely loved when it released on the Super Nintendo back in July 1992 was Mario Paint. The game included a mouse and mousepad peripheral that allowed players to create pieces of art, musical composition, or swat at a never-ending wave of flies. Since its release, there hasn’t been another Mario Paint, but we think the Nintendo Switch would be the ideal platform to mark its official return.

The combination of its size, weight, and touchscreen capabilities can easily turn the Switch into a digital canvas. We’ve seen how much the Miiverse has embraced the Wii U’s ability to create and share art within the community, which is why we absolutely need to see Mario Paint make a return on the Switch.

Mario packed up and headed to Isle Delfino for the second 3D Mario platformer, hopping through the tropical paradise with his FLUDD (Flash Liquidizing Ultra Dousing Device) and a sun beating down on his back—Peach in tow, of course. Using the FLUDD (found on the island) Mario must find the sun-shaped Shine Sprites that give the island its power and restore the sun to Isle Delfino. All this, while keeping Peach safe and the island from being vandalized. It's a strange little detour from classic Mario games, but a great adventure nevertheless, and it deserves a spot on the Switch.

The Advance Wars series absolutely dominated when it released on the Game Boy Advance in September 2001. The game offered an unprecedented amount of depth for a handheld strategy game, and while strategy game fans probably found its control scheme to be rather clunky when compared to keyboard and mouse inputs, the game was fun nonetheless, especially its multiplayer mode.

Advance Wars on the Switch would be a no brainer as the device’s touchscreen could easily be used in order to direct their units, and its portability could easily support same-screen multiplayer games, so long as no one peeks over the other player’s shoulder. We’ve also dreamed of an HD version of Advance Wars with updated sprites and character art, but we’ll be happy with anything Advance Wars related on the Switch.

Fans are divided on Zelda's two DS outings. Setting aside recurring dungeons and the image of Link wearing a conductor's cap, both Phantom Hourglass and Spirit Tracks made great use of the DS hardware. Jotting down puzzle notes on dungeon maps, drawing paths for your boomerang, and blowing into the DS microphone to progress were excellent use cases that made you feel like the games would only feel complete and fully realized on DS hardware.

I'm not necessarily rooting for a sequel to either Phantom or Spirit, but I do have my fingers crossed for games—Zelda or otherwise—that use Switch's features, such as its capacitive touchscreen and detachable Joy-Con controller, in inventive ways.

Mario vs. Donkey Kong is a formula that shouldn't work as well as it does, but here it is an actual puzzler that's a lot of fun to play through. It came to Wii U, sure, but now it's time to come to the Switch too, with plenty of opportunities for players to create their own content, online play, and other ways for the game to integrate with other people. Come on, Nintendo. You know you want to.

After Nintendo and Square Enix (then Squaresoft) kissed and made up following their spate in the 1990s, the GameCube played host to Final Fantasy: Crystal Chronicles. While not one of the most memorable outings in FF history, Crystal Chronicles innovated by letting up to four players connect Game Boy Advances to the console and play local co-op.

Nintendo made a point of showing friends connecting their Switch consoles to play local multiplayer in its reveal trailer. What better platform for Square to create a spiritual successor to one of the GameCube's most unique titles?

Look, we mostly just want any excuse to tell Nintendo how badly we want a sequel to this cult classic gem. Still, the Switch is a successor to Nintendo's console and handheld efforts, so it would be easy to revive the series with a touch-based play mode for when you're on the go and a more traditional button rhythm section while you're at home. More pop songs, more G-men intervening in mundane problems, more EBA.

Once upon a time, Travis Touchdown was having a bit of a financial crisis – anime and video games are expensive. And with the shiny new beam katana he just purchased, the money situation was looking pretty grim. After Travis’s once-in-a-lifetime encounter with femme fatale Sylvia Christel, things suddenly began looking up. He’s tossed a bone – a contracted job to kill one Helter Skelter, a member of the United Assassin’s Association. After taking the hit, Travis sees a lucrative opportunity in the killing business, and he’s out to MAKE a killing as he rises all the way to the top from rank eleven all the way to number one. You could possibly play this game on the Nintendo Switch. Boom. Think about it. You're welcome.

This idea has gotten tossed around so much for augmented reality that it's easy to forget that the original was a guided tour on consoles. With the Switch, we can ask: why not both? Let's have guided tour bus photos like the original at home, and the ability to take it out with us with some motion control to create the illusion of AR.

This should be a no-brainer, and yet it hasn't happened just yet. The Switch is the perfect opportunity to see this come to fruition, and we're really, really hoping to see classics like the NES Remix suite and other Virtual Console games making an appearance on the console. Pretty please, Nintendo!