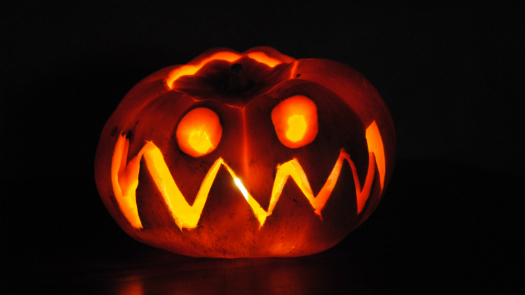 Handheld and Mobile Games to Chill and Thrill for Halloween 2016

‘Tis the season for spooks and scares and we at Modojo have put a little list of our favorite horror titles you can take on the go. These games have given us jump scares and nightmares and are best played in a pitch-black room with headphones.

So grab your favorite mobile device and prepare for a sleepless night. Plus the terror will give you a reason to be grateful for all the Christmas “cheer” that will spring up tomorrow when all the Halloween decorations come down and all the tinsel and ornaments go up.

The Five Nights at Freddy’s series makes for a great touchscreen horror experience. You are placed in charge of night security and various locales, all of which are filled with murderous animatronics. You have to learn each animatronic character’s particular habits and behavior so that you can protect yourself for five nights with each night becoming increasingly more dangerous.

Five Nights at Freddy’s is huge on jump scares, and each entry in the series is fairly short, so if you’re looking for a whole night’s worth of terror you could pretty easily marathon them. They’re great games for making the mundane terrifying, and I know after playing them I’ll never look at Chuck E. Cheese the same again.

After several staff and students go missing at Heavenly Host Elementary School, it’s bulldozed and years later a High School is built on the same ground. When several High School students find themselves sucked into an alternate dimension where Heavenly Host Elementary still exists, all hell breaks loose. In Corpse Party, you’ll have to traverse the school and solve the mystery of what happened to the murdered children who haunt its hallways.

There’s gore aplenty here, and over five chapters you’ll play as different students as you piece together exactly why Heavenly Host is so messed up. There are also multiple endings and with around 12 hours for a single playthrough, there’s plenty of spooks to be had here.

If you’re into psychological horror, then Lone Survivor is the game for you. You take the role of a man who inhabits an apartment building and is the sole survivor of some sort of pathogenic-related apocalypse which has changed all of human-kind into monsters. However, you don’t just have to worry about monsters, the man also suffers from a decaying mental state, which makes it hard to determine just what is real and what is a hallucination in this game.

The graphic style is retro and pixelated, but it does a good job of portraying the blood and weirdness of the apartment building you’ll spend the game exploring. There’s also plenty of Easter Eggs and multiple endings, though the difficulty might be too high for some.

Have a Fright of a Halloween Night

There you have it, our suggestions for each mobile and handheld system we cover here. No matter which platform you own, each of these titles will turn a lame night into an awesome fright. We hope you have as much fun playing them as we did, and have a fun and safe Halloween!