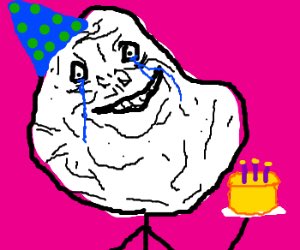 Eight days have passed since iPod's 15th anniversary and Apple Inc. did absolutely nothing to commemorate it. Adding insult to injury was the special event the company had for the 25th anniversary of the Mac laptop series. Apple has barely updated the iPod in recent years, but does continue to sell them in stores.

The product category defining MP3 players were known for their great advertisements.

I have owned quite a few iPods over the last 15 years and it is cool to see how the product has inspired parts of the iPhone, iPad, and Apple Watch platforms. Apple is still very much so a player in the music space, but it appears that they are slowly letting the iPod fade away to the graveyard of iconic Apple products past.

iPod sales peaked at nearly 55 million units in 2008, dropping to less than 15 million units sold in 2014. In 2015, Apple announced that they would no longer be breaking out iPod as a separate product category. While iPod was not itself a mobile gaming device at first, it was a bold step for Apple. When Steve Jobs unveiled the original iPod in 2001, Apple Inc. was still known as Apple Computer Inc.

The iPod represents the moment when Apple took the bold step away from being just a computer company. They have become a consumer electronics company. Although many at Apple would argue that they still make computers, just in different form factors. The iPod laid the groundwork for iPhone and iPad to push us towards what some call the Post-PC Era.

I can't help but think that Steve Jobs would have said something about iPod at the event last week if he were still alive today. While Apple Inc. continues to look into the future of consumer electronics, it would have been nice for them to have mentioned the product that saved the company from certain death.

What are your memories of the iPod? Let us know in the comments section or tweet @ModojoWebsite with the Hashtag #MemberiPod!