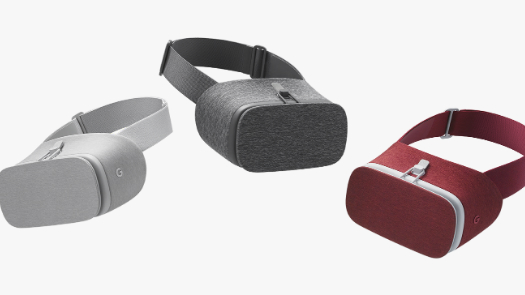 Google Drops All The Details On Daydream View VR

Google's answer to the Samsung Gear VR and similar rival phone/VR combo products is the Daydream View, and Google has released info on when and where you can get your hands on it. November 10 you can head to your local Best Buy or Verizon store and pick up your very own Daydream View for $79.

There's a catch, though. To use the Daydream View, you need a Daydream-ready phone, and right now the only two phones that are Daydream-ready are the Pixel and Pixel XL. So unless you've recently acquired one of the two, you'll either have to pay the hefty $649+ for one or wait and see which phones will be Daydream-ready in the future.

As for the content available for Google Daydream View, there's a host of providers that will be offering VR programming and apps out of the gate. The New York Times, Warner Brothers, The Guardian, The Wall Street Journal, YouTube, and Hulu will all be offering VR cinema.
There will also be Daydream-centric gaming. Launch titles include Danger Goat, Hunters Gate, Wonderglade, Gunjack 2: End of Shift, Mekorama, Home Run Derby, and Need for Speed: No Limits VR.

The Daydream View looks like it might offer mobile VR at an affordable price, but limiting usage to just two phones on launch day might take some of the pop out of a product that could be very exciting. By the time more Daydream-ready phones are ready, the enthusiasm for the Daydream View might have already fizzled out.

We'll see just how Google's latest product measures up when the Daydream View comes out November 10.