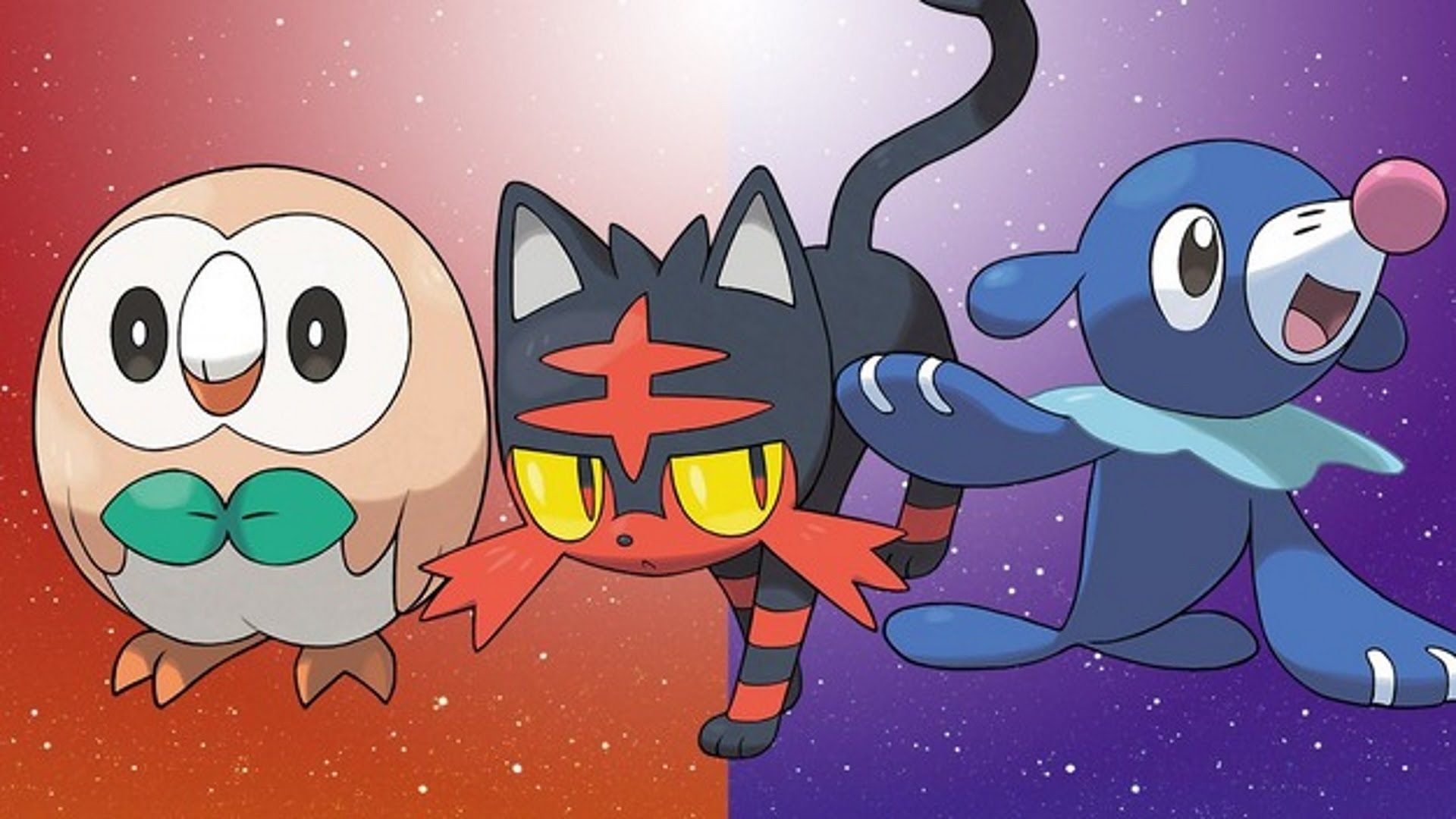 Pokémon games have gotten more sophisticated since the series’ debut 20 years ago, but the core mechanics of the main series titles have remained the same. Regardless of Pokémon-Amie, Super Training, hundreds of new Pokémon and new move-types, your quest in each game is the same familiar routine. You have to travel across your local region, fight eight Pokémon Gym leaders to get their badges, then challenge the Elite Four and the Regional Champion. For the last 24 games, this formula has been the driving force behind your Pokémon journey. Well in Pokémon Sun and Moon, there are no gyms or gym leaders, and your trip is a more complex and fulfilling road.

The plot in Pokémon Sun and Moon begins much like previous titles. You’ve just moved to the Alola region from Kanto, and everyone decides it’s time for you to go on your Pokémon adventure. You meet a couple of friends, Lillie and Hau, and they take you around in a tutorial-like adventure before you’re let go to explore, train, and battle at your discretion.

Without giving anything away, the plot in Pokémon Sun and Moon is much deeper than your typical Pokémon story. Throughout the game, you learn about the Alolan people and their culture, and this results in you feeling much more like an actual inhabitant of the Alolan Isles instead of just someone passing through to get to the next gym.

Replacing gyms are Trial Captains and Kahunas. Instead of finding a gym, fighting everyone inside, and getting a badge, the trials you’ll face in Pokémon Sun and Moon vary from Trial Captain to Trial Captain, and once you’ve completed all the trials available on the island you’re currently on, you can face the Island Kahuna. Once you defeat the Kahuna travel to the next island is unlocked.

This play style makes for a broader adventure than in previous titles. With Trial Captains placed in the wilderness, going through each route and fighting rival trainers along the way made traveling to each trial seem more purposeful than just slogging towards the next city so I can get another badge.

There are 79 new Pokémon in Pokémon Sun and Moon, including the Ultra Beasts, and while some of them are a little lame (haunted sandcastle), most of them have a design that adds to the tropical Alolan feel. I was disappointed that there was a dearth of three-stage evolutions in this generation, but it’s made up for by the first appearance of Pokémon with regional differences. It’s always seemed odd to me that a Rattata from Kanto has the same traits as a Rattata from Unova. However, with Alola Forms, Game Freak has added a new aspect to the Pokémon canon that not only allows older Pokémon designs to feel fresh, it also gives regions another unique trait that encourages exploration.

As of right now there are 18 Pokémon in Alola, all from Gen I, that have alternate Alola Forms. Instead of evolving from battling, these Pokémon evolved like animals do in the real world. Through natural selection and environmental pressures, these Pokémon slowly changed forms into something similar to their original versions, but with type and physical changes.

The Alola Form Rattata, for example, is a Normal/Dark-type and sports black fur and moustache-like whiskers. These regional Pokémon variants are one of my favorite changes to the series, and I hope that Game Freak brings it to future games. As a fan of Gen I Pokémon, I loved seeing all my old friends in new forms, and it would be super exciting to see how regional forms would look like in other locales of the Pokémon world.

Game Freak has also added a plethora of accessibility tweaks in Pokémon Sun and Moon. There are no more HMs, which allows you not to have to have Pokémon learn moves you don’t want them to or to have to have Pokémon you don’t want on your team just because you need one that knows HM moves. Instead of HMs, you have the Poké Ride feature. As you progress through the game, you'll add more Pokémon to your Poké Ride list, and they can accomplish tasks previously relegated to HM moves. Tauros can bust rocks, Charizard can fly you to previously visited locations, Lapras can take you across the water, and so on. The best part of this new system is that you get to ride Pokémon around on-screen, which Is adorable and awesome.

The PC system itself is easier to use and more robust. There is a search function, which allows you to search through your PC Pokémon for things like TM compatibility, level, and a host of other options. When accessing the PC, you jump straight into your storage now as well instead of having to select it from a menu. A small thing like that might seem insignificant, but when you access your PC storage thousands of times over the course of a game, not having to go through one menu adds up to a lot of time saved.

The process of catching and storing Pokémon is less of a hassle now too. The battle screen has a shortcut to the Poké Ball menu, and when you catch a Pokémon you can choose to strip them of an item if they were holding one, and whether to place them in your party immediately or send them to your PC. If you choose to put them in your party, the Pokémon they replaced goes to PC storage, and you can continue on your merry way.

It's Not All Good News

There are a few issues with Pokémon Sun and Moon, though. For those playing on a 3DS vs. a 2DS, the stereoscopic 3D only actually works in the Poké Finder minigame segments. You’re stuck with 2D for regular traveling or battling. More than likely this was a design choice made because of the inconsistent framerates and lag that the Gen VI games had when 3D was enabled. Whatever the reason, Pokémon Sun and Moon is the best-looking Pokémon main title to date, and playing it on a New Nintendo 3DS XL, I didn’t notice any slowdown or lag in any part of the game.

Z-Crystals introduce a mechanic that works similarly to Mega-Evolutions in Gen VI titles. As you complete trials, you’ll earn Z-Crystals, each of which corresponds to a move-type. If you have a Pokémon hold a Z-Crystal that correlates to their type, you can trigger a powerful Z-Move once per battle. I didn’t find Z-Moves as useful or interesting as Mega-Evolutions and would have rather seen more of those. Weirdly enough, Pokémon Sun and Moon doesn’t add a single Mega-Evolution to the Pokédex, and it’s a bit odd that the team behind Pokémon Sun and Moon pretty much swept under the rug a feature that was so popular in the last two games.

Pokémon Sun and Moon also ships without Poké Bank support, which will not be added until January 2017. If you pride yourself on really catchin’ em all, or you wanted to bring your friends from older titles forward to the adventure on Alola, you’ve got a two-month wait.
Much of the multiplayer features of Pokémon Sun and Moon function in the same way that they did in Pokémon X/Y and Pokémon Omega Ruby and Alpha Sapphire, with some minor interface changes. The trading system works in the same way and anyone who’s played Gen VI will feel right at home.

One significant addition to Pokémon Sun and Moon is the Rated Battle system. Think of this as an online leaderboard of the best Pokémon trainers in the world (or at least those that fight rated battles). Rated Battles play out the same as regular online battles, except you’ll either gain points if you win a fight, or lose points if you lose one.

To start playing in rated battles, you can make a profile on Pokémon Global Link, and once you pair it with your copy of Pokémon Sun and Moon, you can view your stats at the Pokémon Global Link website, and check out the leaderboards for rated battles. Rated battles are a welcome feature. I believe that having leaderboards that aren’t too invasive (rated battles are completely optional) to main gameplay will let those who are into competitive Pokémon battling have a place to show off their accolades. In contrast, if you like more casual battles or just the single-player experience, not participating in rated battles won't make you feel left out.

All the Same Fun in a New Package

Pokémon Sun and Moon is the biggest jump for the series since its debut 20 years ago. I’m glad that Game Freak took a chance and decided to change up some of the core gameplay elements we’ve come to expect from the Pokémon series. I never had any qualms with playing what was essentially the same game in a different setting, just because the enormous amount of Pokémon to catch and side-activities to do distracted from the fact that the journey of each game was essentially a rehash of the original from Pokémon Red and Blue.

However, now that I’ve played Pokémon Sun and Moon I feel as though they’re the first true sequel in the series. They take the same idea of being a young Pokémon trainer on their first journey and put a unique spin on it that stays true enough to the successful Pokémon formula that it doesn’t feel gimmicky. For those that love Pokémon, Sun and Moon is the best Pokémon adventure to date.