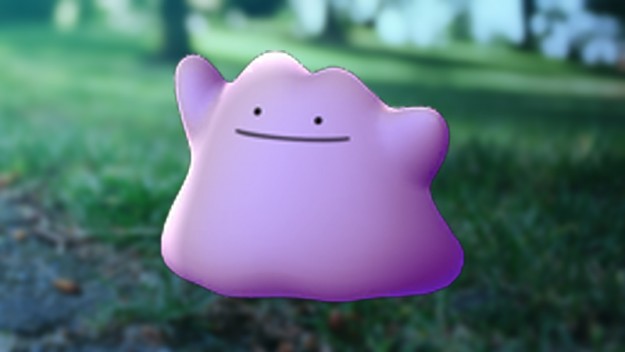 You Can Now Capture A Ditto in Pokemon Go

You've been waiting, you've been asking, and now you're getting: Ditto is now available in Pokemon Go, a few months after the game made its debut. Just in time for you to run around during Thanksgiving after consuming mass quantities. Yes, that was a Coneheads reference.

Reports have been rolling in with players that Ditto has appeared after catching regular low-level Pokemon like Pidgey, Zubat, and Rattata. Ditto appears after capturing the Pokemon in question. Ditto has appeared in every region, including the United States, so you just might get lucky right now if you hit up Pokemon Go and catch a few common creatures.

That's not all, however. Earlier this month it was discovered via data miners at The Silph Road that Ditto's signature move Transform had been found in the game, which allows Ditto to transform totally into other Pokemon and mimic their moves. It could be a very interesting game changer going forward, so we'll hopefully see more announcements about Ditto in the future. In the meantime, make sure you catch one if you're able to!