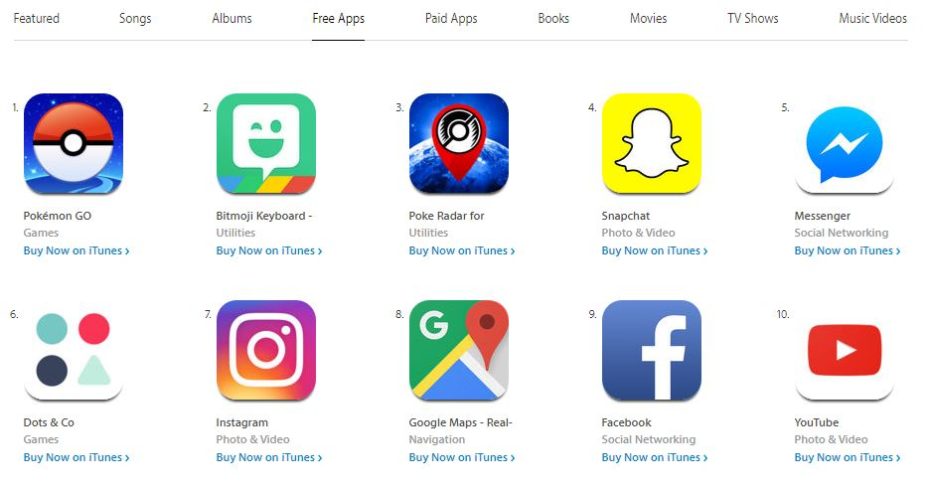 If you've ever doubted how ridiculously popular Pokemon Go actually is, you needn't look further than the number of App Store downloads compiled by Apple in 2016.

When it comes to 2016's download hot list, Pokemon Go was only beaten out by Facebook Messenger and Snapchat in terms of the number of downloads completed over the last year. It demonstrates how powerful of a command Pokemon Go actually had over the last year when measured up against apps like Instagram and Facebook, when everyone you know is using both of those apps. Does that put it into perspective for you? It definitely should.

Supercell's Clash Royale was ultimately named the App Store Game of the Year, these are impressive results across the board. In addition, Nerial's Reigns was named as Runner-Up.

Apple's eight other iPhone games that were chosen to round out the best games of the year were as follows:

Drinkbox Studios' Severed was iPad Game of the Year, and Noodlecake Studios' Chameleon Run got the honor of best Runner-Up.