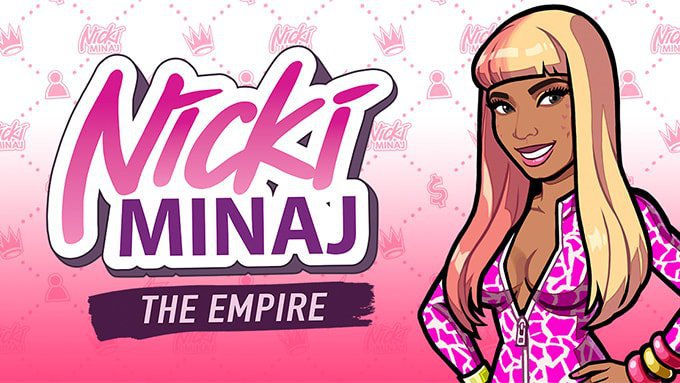 Create Your Own Rap Empire With Nicki Minaj

Kim Kardashian: Hollywood was one of my favorite mobile games when it launched, and Glu Mobile really set the tone for celebrity-based games with Kim's adventure when it came out. It wasn't the first of its kind or even the first from Glu Mobile, but it was one of the best and one of the reasons celebrities like Katy Perry and Britney Spears got their own spinoffs tailored to their personal brands.

The latest to join the fold is Nicki Minaj with Nicki Minaj: The Empire. It's essentially the very same game we've played several times before, but this time around instead of having some lame song in-game you'll never hear, you can write and record your own raps along with beats you either purchase or use for free in-game as you rise through the ranks to become a famous rapper.

While you're still forced to tap along and utilize energy to make progress in-game, this is one of the best releases from Glu Mobile as far as celebrities go thus far, since you even have the ability to be noticed by Nicki Minaj in real life, winning a pair of tickets to one of her concerts if she digs your rhymes. It's an awesome setup, one that actually requires more than a little input from players. I'm happy to say I've been playing quite a bit of it thus far and will be showing off the rap feature in a video coming soon. Keep an eye out for that and grab the app now if you're thinking of joining the rap game!