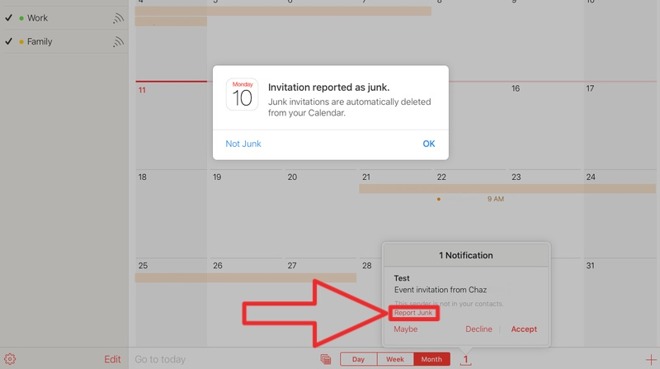 Previously, iCloud Calendar users were seeing a glut of spam in their Calendars, with invitations to go shopping, partake in bizarre "deals" and other strange curiosities. It was obviously affecting users in a negative way, so Apple has gone forward with a fix that should start helping clear schedules going forward.

iCloud users will now see a button with which they can report Calendar invites from unknown senders, which will effectively mark them as junk going forward. This will be available as a link on the iCloud website, not including the iOS or macOS Calendar apps at present. That could change in the future, however.

The issue had been that previously, promotional content spam had plagued users for some time over the last couple of months, but it seemed to be a relatively new problem at the time. Apple has finally acknowledged that it is a legitimate problem with its statement and push to allow users to report such appearances in their Calendars. The fix was promised two weeks ago, so hopefully we'll see some big changes going forward. For now, if you see something, make sure you say something. That seems to be the only way to take care of all of this.