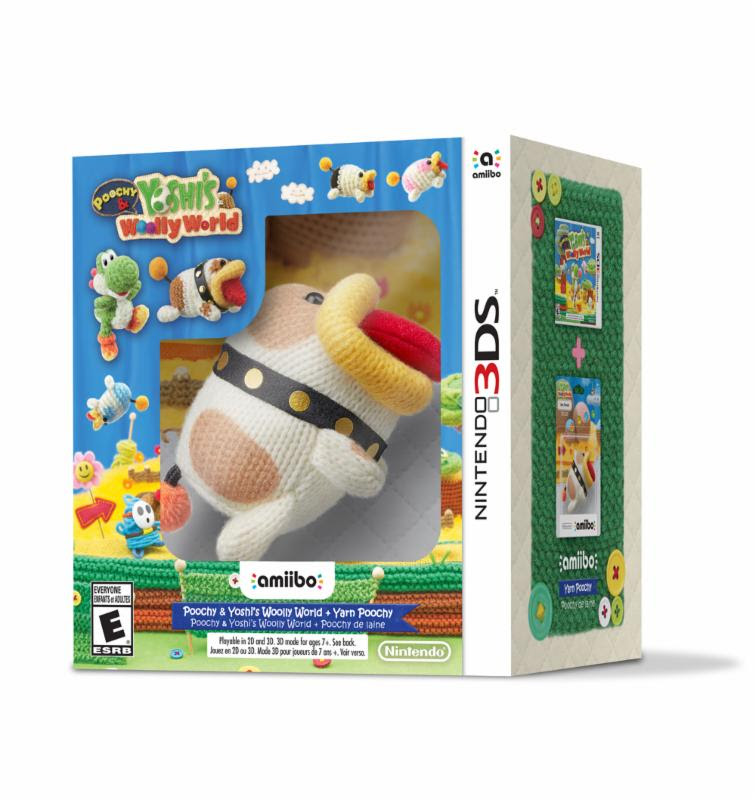 There's only one thing that's cuter than a yarn Yoshi, and that's a yarn Poochy, which will be included as an amiibo with Poochy & Yoshi's Woolly World when it launches on Nintendo 3DS this February 3.

Expanding on the previous release Yoshi's Woolly World, the Yarn Poochy amiibo will be available separately or in a bundle with a copy of the game since Yoshi can summon his furry (or fuzzy in this case) friend in each stage of the game. Poochy himself will also unlock challenges that offer new designs for Poochy and other characters in the game. It'll also support amiibo from the Splatoon and Animal Crossing series if you want to import other special components.

New to the game since its Wii U debut is Craft Yoshi mode, which allows you to create your very own Yarn Yoshi designs via the 3DS's touch screen. You can then share what you come up with via Street Pass. You'll also get a special Yoshi and Poochy animated short every day for 30 days going forward if you own the game that can be accessed via a special menu.

It's going to be a special day for me personally when I can unite my little Yarn Yoshi amiibo friends with a Poochy amiibo, so I can't wait to get my hands on what could very well be one of the cutest games of 2017. I highly doubt another game will reach out and steal that honor.