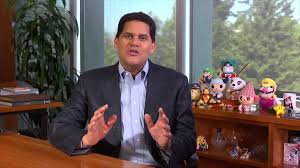 The Nintendo Switch isn't the successor to the Nintendo 3DS, so of course it makes sense that there should be additional, unannounced 3DS games making their debut in the near future. This is what's coming according to Nintendo of America's president Reggie Fils-Aime, when speaking in a recent interview with Wired.

Fils-Aime spoke to reporter Chris Kohler, who stated that “There are [3DS] games that we haven’t announced yet" that will supposedly excite fans. What could those games actually be? We don't know yet, but it's not very surprising to hear that we're going to see additional 3DS titles coming down the pipeline.

Nintendo has stated time and time again that the 3DS isn't yet at its life cycle through its announcements and various wordplay in different interviews, so it'll be interesting to see which games come from this news. Especially given the idea that there are several remakes and ports we'd still want to see on the handheld going forward.