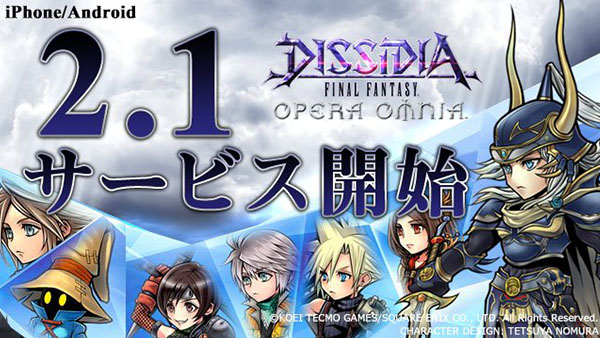 Dissidia Final Fantasy: Opera Omnia is a mobile adaptation of the console and arcade fighter that's been remade for mobile gamers on iOS and Android devices. This was announced during the Final Fantasy 30th Anniversary Opening Ceremony, in addition to the fact that Final Fantasy VII's Aerith Gainsborough would be added to the cast of Final Fantasy characters as well.

Hopefully Square Enix will end up porting this version over to the West so we can sink our teeth into it.