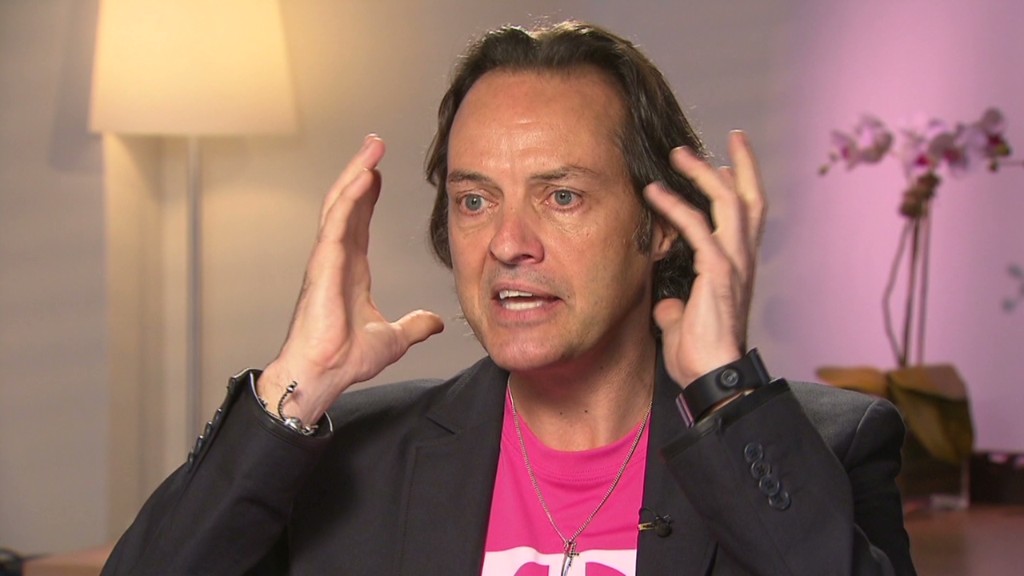 Those who keep up with trends in the mobile phone industry have no doubt heard mention of Verizon's new customer-oriented "unlimited" plan. It's something that smartphone users have been clamoring for, and, according to T-Mobile's John Legere, it's something that logically followed from the unveiling of T-Mobile's new Un-Carrier Next service.

Taking to Twitter, Legere threw down the gauntlet and called out Verizon — though not by name, of course — for bowing to the pressure created by T-Mobile.

I told you at #UncarrierNEXT that we were going to make this whole industry give custs what they want - unlimited! And we just did. POW! pic.twitter.com/vVWKoZi8eI

Not apt just to stop there, Legere also tweeted that starting this Friday, T-Mobile One customers will be able to enjoy HD video and 10 GB of high-speed hotspot data at no extra charge.

I told you at #UncarrierNEXT that we were going to make this whole industry give custs what they want - unlimited! And we just did. POW! pic.twitter.com/vVWKoZi8eI

Missing from those tweets, though not curiously, is any mention of the small print outlining data usage on Verizon's unlimited plan — any data use over 22 GB in a billing period is like to be throttled. Data throttling is not a popular method of business as far as customers are concerned, and, perhaps unsurprisingly, it's something that T-Mobile customers are subject to as well. It's good that companies are competing for consumers' hard-earned dollars, of course, but its perhaps too easy to overlook these sorts of details in such a highly-public fray.