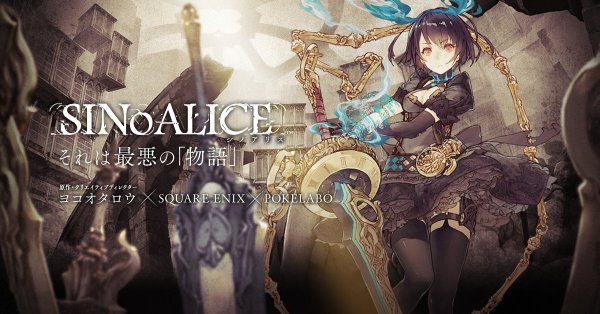 Keep an eye out in the spring for a new one from Square Enix and creative director Yoko Taro. Fans of Nier and Drakengard will be familiar with Taro’s work. The new work from this collaboration is called SINoAlice.

Not much is revealed on the web site for the game, since it’s the Japanese version but you can see the trailer. It doesn’t bring too much info to the table for the game and doesn’t show gameplay. It would appear that one of the storylines for the game is trying to bring back that author of the Library, the imprisoned world. Who knows what players will have to do to achieve that goal? The site also gives players the option to pre-register for the game and will receive an in-game bonus based on the number of pre-registrations. (Translations of site and trailer via Gematsu)

You can play Square Enix's latest upcoming RPG now on your Switch.