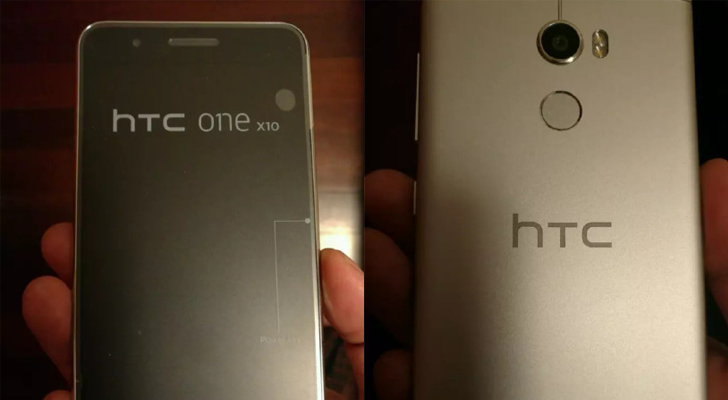 With rumors and word otherwise of Apple's upcoming iPhone 8 swirling feverishly around the internet, it's becoming increasingly difficult to find non-Apple news. That's not to say that it's impossible, though: poking around Chinese networking site Weibo, internet sleuths at Android Police have stumbled upon leaked images of the upcoming HTC One X10, an impressive-looking phone sporting what appears to be a metal unibody-type design.

Aside from the phone's metal chassis, the leaked images also point to what appears to be a fingerprint sensor below the phone's rear camera as well as capacitive soft buttons located on the front of the phone. As for the all the fun stuff located underneath the glass and metal, previous leaks and rumors suggest that the device has a 1080p 5.5" display, 32 GB of storage, 3 GB of RAM, and will run on an 8-core 1.9 GHz MediaTek MT6755V/C processor paired with a Mali T860 GPU.

As beefy as the phone sounds, the updates seem to be minimal compared to its predecessor, the One X9, which featured an 8-core MT6795 processor running at 2.2 GHz and similar specifications otherwise. The major difference, at least as far as rumored specs go, are the X10's cameras: it features a 16.3 megapixel rear camera and a 7.9 megapixel front camera, compared to the X9's 13 MP rear and 5 MP front.

There's no official word yet on release dates or pricing, though rumor has it that the phone will be unveiled later this month at the 2017 Mobile World Congress in Barcelona and is expected to cost somewhere in the ballpark of $300 US dollars.