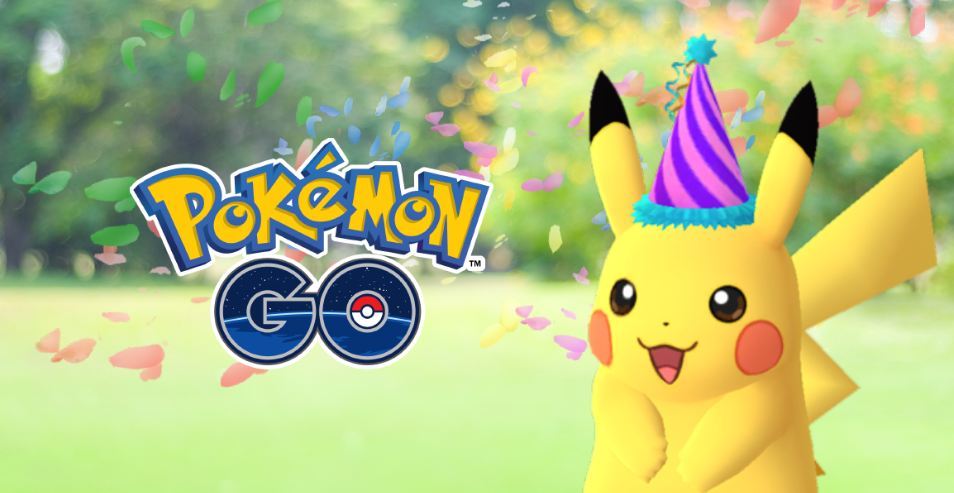 Pokémon Day is in full swing, with fans of the franchise taking to Twitter to show all of the love they have for the world-reknowned series which today celebrates its 21st birthday. The Pokémon hype doesn't end with the fans, either; developers, streaming video services, game retailers, and even the folk over at The Pokémon Center in the United States have jumped in on the fun, providing content both new and old for fans to enjoy.

As can be likely be deduced from the above teaser image, Niantic is hosting a new event within Pokémon Go where every Pikachu enountered by players in-game will be rocking a "festive party hat." The event officially kicked off yesterday and is set to run through March 6. Even better, anyone who catches a Pikachu during the event will be able to keep its party hat forever.

Series fans will also be delighted to hear that Pokémon TV, the free video service provided by The Pokémon Company International, will be running a special marathon including the likes of Pokémon: The First Movie, Pokémon 4Ever, and Pokémon — Zoroark: Master of Illusions. All of the aforementioned can be streamed online through the web portal at Pokemon.com or through the Pokémon TV mobile app.

The good times don't stop there: the folk over at The Pokémon Center in America have launched a new Gallery Figures collection featuring the likes of Eevee, Mew, Magikarp, and Pikachu, and game retailers are now offering a new "Pikachu Yellow Edition" of the New Nintendo 3DS XL for just $200. Gamestop in particular is also offering Bottle Caps for both Pokémon Sun and Pokémon Moon.

Lastly, the Pokémon Trading Card Game Online as well as the Pokémon Shuffle app are jumping in on the celebration by offering all-new bonuses, and The Pokémon Company is hosting an "all-day" celebration featuring footage from the Pokémon World Championships. All of that and more can be found over on their official Twitch channel.