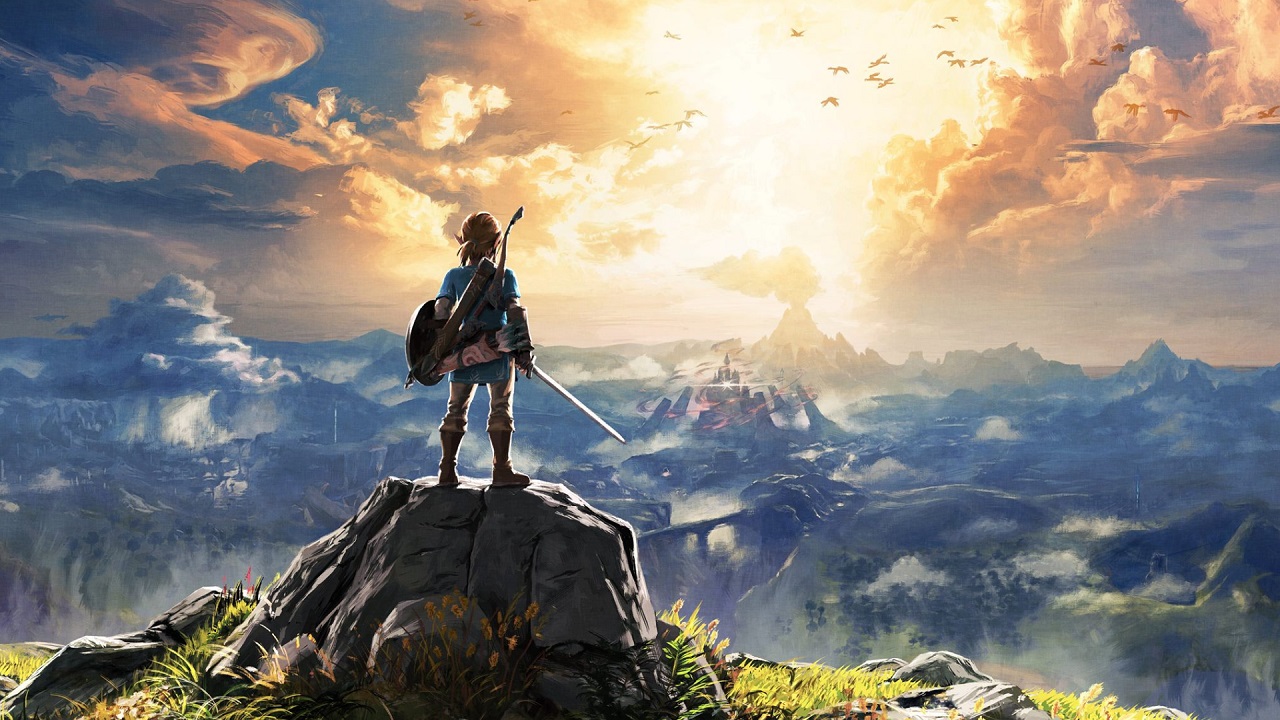 The Legend of Zelda has a long and prestigious history, and it's filled with more memorable and exciting moments than you can shake a stick at. Breath of the Wild is looking to shake things up a bit for the series, and seems like it may feature more of these moments than ever before. If you're new to the series and are simply enticed by what this new entry has to offer, or maybe you just haven't played one in a long while, then there's plenty of awesome backstory and knowledge that goes hand in hand with the series that's worth knowing. Each game stands on its own, of course, but it's always fun to know the lore surrounding these sorts of games.

The series didn't really start to address its interconnectivity until the Hyrule Historia released in Japan in 2011, coming to the rest of the world in 2013. This book compiled art, little bits of lore, dev notes, and — most notably — a timeline for the series. Before this, the only thing people really knew for sure was that Majora's Mask came right after Ocarina of Time, and that's because it's one of the few direct sequels in the series. Since then, Nintendo has worked the interconnectivity angle quite a bit, with Skyward Sword being designed as the first entry canonically, and Link Between Worlds taking place in a Hyrule we were actually familiar with. Where Breath of the Wild will fall within that timeline is anyone's guess at this point, but there's a lot of awesome stuff to know about the series, so let's go over the basics.

Link, The Soul Of The Hero

Throughout the decades, a few things have remained constant with The Legend of Zelda, and one of those is Link. The hero clad in green has been around since the beginning, and — art style withstanding — he's always looked pretty similar. At first this was no doubt an artistic choice by the creators, something familiar for fans to connect with as the series moved forward. Once Hyrule Historia came out, though, we finally got to learn a bit about the hero himself. Tucked away at the back of the Historia is a comic that covers the events that led to Skyward Sword, and it focuses on a brave warrior named Link.

Though known as a hero to his people, he begins the comic imprisoned, framed as a madman by another when he tells of his premotion of danger. Link is freed by the people of the land then known as Hylia when his premonition comes true and the Demon King Demise attacks with his army. As he readies to defend his home, the Goddess Hylia appears before him and grants him the Master Sword. He fights bravely, but is ultimately unable to win the war. As he dies in the Goddess' arms, she tells him that everything he's been through has been to shape him into someone worthy of wielding the Master Sword, and now that he is, he will serve as its master for all eternity. Hylia promises him that whenever the land is in danger, the two of them will be reborn to protect it.

While Ganon — often referred to as Ganondorf in his human form — hasn't been the antagonist of every Zelda title, he's the primary antagonist of the series, and usually the first to come to mind when you think of Link's nemesis. In Breath of the Wild, Ganon has already come to power in Hyrule, but in many entries you get to see this happen or stop it from happening again. You'll recall I spoke of the Demon King Demise when talking about Link's backstory, well Ganon is rooted in this story as well. In fact, you could say that Ganon is Demise.

At the end of Skyward Sword, as Link finishes off Demise in a climactic final battle, the Demon King commends his skill, but warns him that he has not stopped him. He claims that his hatred never ends and that he will forever be reborn, stating that all who share the spirit of the goddess and the soul of the hero will be bound to his curse. "An incarnation of my hatred shall ever follow your kind, dooming them to wander a blood-soaked sea of darkness for all time." Ganon's constant return is none other than Demise's curse upon Zelda and Link.

One interesting thing to note is that, though he embodies the hatefulness and greed of Demise, he has been known to struggle with his own humanity at times. The Wind Waker is an entry that is often referred to as one of the best, and it features a fantastic speech in which Ganondorf thinks back on his time in the Gerudo Desert, before he became infamous. "My country lay within a vast desert. When the sun rose into the sky, a burning wind punished my lands, searing the world. And when the moon climbed into the dark of night, a frigid gale pierced our homes. No matter when it came, the wind carried the same thing... Death. But the winds that blew across the green fields of Hyrule brought something other than suffering and ruin. I coveted that wind, I suppose." Moments like these are what separate Ganondorf from Ganon, man from demon, and make him a fascinating character to return to.

Zelda, The Legend Of

The titular princess herself has been through quite the evolution as the series has progressed. It would be easy to write her off as a damsel in need of rescue, but over the years she's become so much more. Her origins tie in with both the comic I mentioned in Link's section, and Skyward Sword itself. Zelda is the human incarnation of the Goddess Hylia, who was tasked with watching over the Master Sword and the Triforce. After witnessing the original Link's bravery in defending his homeland, she promised that she herself would take human form and return with him to protect the land anytime danger came about, for the rest of eternity.

While early entries didn't see her doing much, Ocarina of Time really got the Zelda-can-take-care-of-herself ball rolling by having her survive the seven years that Link was trapped in the Sacred Realm by training with the Sheikah, the knowledgeable ninja-esque guardians of Hyrule. Her identity is hidden to adult Link as he attempts to stop Ganon, thinking that he has the aid of a sheikah warrior named Sheik, which, in retrospect, really should have tipped him off that this person probably wasn't being entirely honest.

From that point on, even when she wasn't being a badass ninja, she was still up to something. Wind Waker saw her take the form of a pirate captain. Skyward Sword had her going on a pilgrimage, always one step ahead of Link. Exactly what form we'll see her take in Breath of the Wild remains to be seen, but she certainly looks like she could be a badass again.

The Triforce, Golden Relic Of The Gods

Ah, the Triforce. The golden source of power that has caused wars and been at the source of almost all noteable plotlines in The Legend of Zelda. When the goddesses Din, Nayru, and Farore created the realm, they left behind this sacred relic. Each triangle represents Power, Wisdom, or Courage. The one who touches it is granted a wish, be it good or evil. If the person who touches it doesn't hold all three virtues within them, however, the relic splits into three, leaving the bearer with the one they most represent as the other two seek out worthy avatars.

Historically Link has been the embodiment of courage, Zelda the embodiment of wisdom, and Ganon the embodiment of power. You would think that the goal would generally be to stop someone like Ganon from acquiring this powerful relic, but, in fact, most games are about stopping Ganon after he has already gained its power. In some entries the Triforce is your ultimate goal, such as Link to the Past, while entries like Wind Waker have you gathering its pieces before the climactic final battle. How exactly the triforce will come into play in Breath of the Wild is something we can only speculate for now, but don't doubt that it'll show up in some form.

Well, that should be just about everything you need to know to have a basic grasp of the series. As I mentioned previously, each entry in The Legend of Zelda is designed to stand on its own, so that new fans can jump in at anytime. That doesn't keep the series from having a wonderfully rich tapestry of lore surrounding it, though. While none of this is really necessary to enjoy Breath of the Wild, hopefully the knowledge of these characters and their history will help you enjoy it that much more.