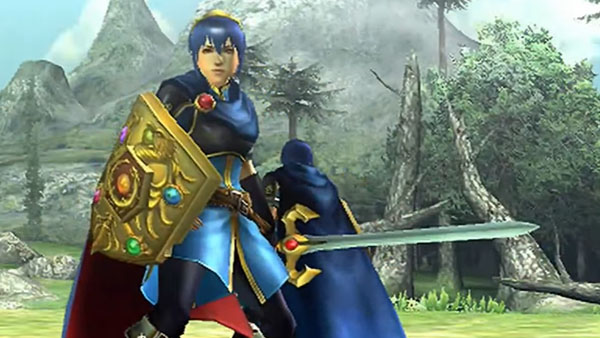 Video games are basically the best things on the planet, right? Right; glad we've reached a consensus. It stands to reason, then, that the only way to make video games even better would be to take different concepts and items from different video games and blend them all together. This thought, or perhaps one vaguely similar, has lead to a brand-new collaboration between Monster Hunter XX, Fire Emblem, and Ghosts 'n' Goblins.

Capcom recently announced their plans for collaboration during a CapcomTV live stream, where it was revealed that Monster Hunter XX would soon feature some hot, fresh merch from the aforementioned titles. Players will be able to make use of Marth's True Sword Falchion weapon as well as the Shield of Seals from Fire Emblem, and can expect to see some of Arthur's signature armor and weapons from the Ghosts 'n' Goblins series pop up as new equipment for Meownsters.

The collaborative effort with both games will begin March 21 at 9 am and is set to end on April 23, which should give players just enough time to get comfortable with Monster Hunter XX after the title releases in Japan on March 18.