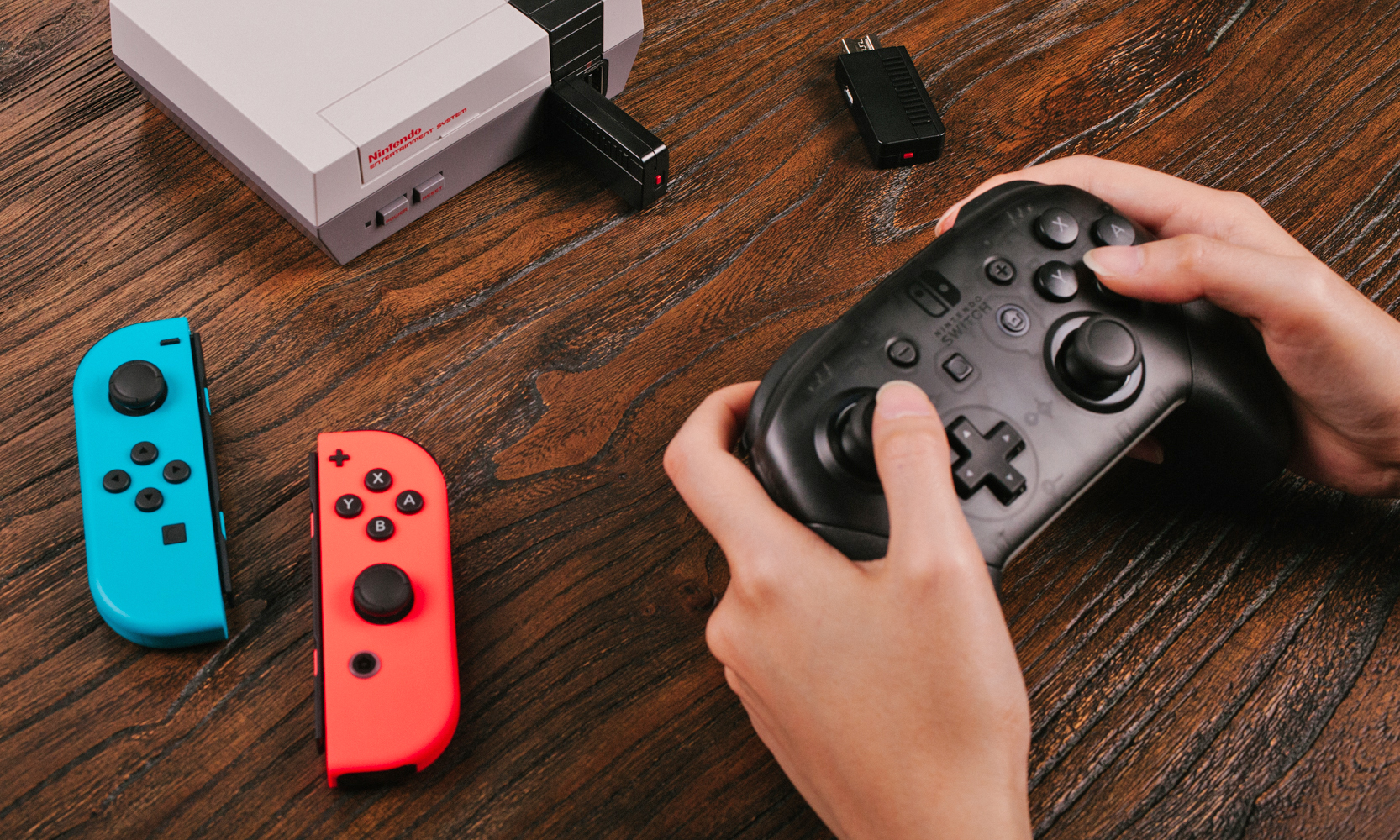 Sometimes solutions appear in unexpected places. Players who picked up a Nintendo Switch quickly learned that the device is yet to feature Nintendo's Virtual Console, which creates an NES-sized hole in all of our hearts. Likewise, players who picked up the NES Classic Edition have been stuck playing games with the period-accurate controller attached through a ludicrously-short cable. Now, however, thanks to the brainy chaps over at 8Bitdo, players can merge the best of both consoles, playing the NES Classic Edition through the Switch's Joy-Con controllers.

Such is made possible through 8Bitdo's wireles retro receiver adapter, which lets players control the NES Classic through essentially any Bluetooth controller — which, as of the latest firmware, includes the Switch's Joy-Con controllers. Although the Joy-Cons aren't exactly ideal to the task at hand, being able to move more than 30 inches away from the NES Classic is a victory in its own right.

Even better, Switch power users who picked up the $70 Nintendo Switch Pro Controller will find that it too works with the 8Bitdo retro receiver, which is by a long shot the best way to play the NES Classic Edition, even if it doesn't jive with the whole retro gaming aesthetic. Players interested in the 8Bitdo retro receiver adapter can pick one up for $17 via Amazon.com.