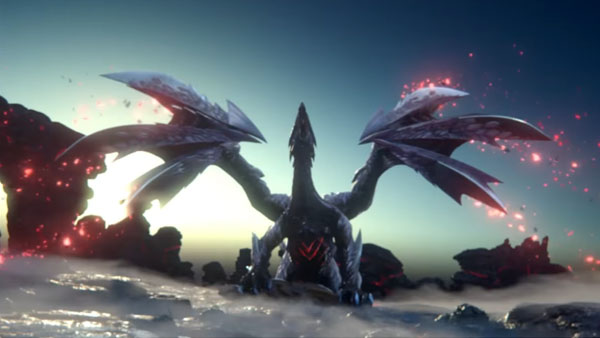 Monster Hunter is a very popular franchise, most particularly in Japan, where 12 main-line video game entries and ten different spin-offs titles have been released for consoles dating back to the days of the PlayStation 2. The 13th main entry, the upcoming 3DS title Monster Hunter XX, is already set up to host collaborative efforts with Fire Emblem and Ghosts 'n' Goblins, and now Capcom have announced that a new collaboration will take place featuring another very popular monster-hunting franchise: Hunter X Hunter.

The collaboration was announced in the latest issue of Weekly Jump magazine (translated via Gematsu), which reveals that players can look forward to acquiring a Gon Armor gear set from Hunter X Hunter, including the Gon Head, Gon Suit, Gon Arms, and Gon Legs.

It goes without saying that Monster Hunter XX will play host to much and more monster hunting. The game is set to release for the Nintendo 3DS in Japan on March 18.