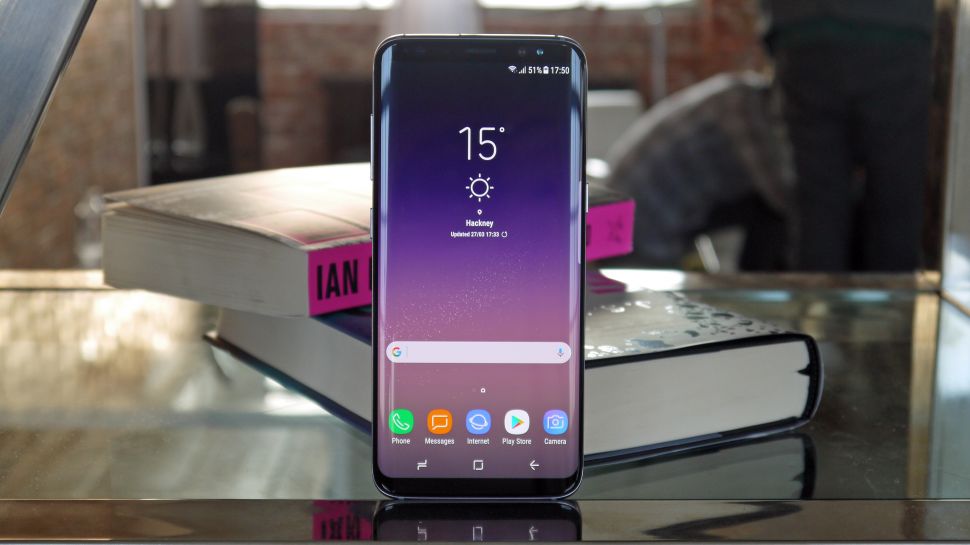 The Samsung Galaxy S8 Has Officially Been Unveiled

After the much maligned Note 7 debacle and veritable PR nightmare, Samsung is back in the saddle with the Galaxy S8, officially unveiled on Wednesday. It's now the company's flagship phone with a new voice assistant named Bixby and a larger screen. It probably won't be able to change the minds of those angry with Samsung, but hey -- it's pretty good-looking, at least.

The phone will be available in both the 5.8-inch and 6.2-inch versions, with the larger of the two known as the Galaxy S8 Plus. They'll feature the "infinity display," which has a curved edge without a bezel, 12 megapixel back camera, and several other new features, not the least of which is Bixby, its new personal assistant.

Bixby, which we knew the name and function of not so long ago, is a voice assistant by way of Siri and Alexa. It will perform much of the same functions as those assistants, but it will also be able to offer information about things you take photos of as well as offer suggestions on restaurant recommendations. It's meant to have additional functionality as time wears on, but it will launch with support for American English and Korean, which is oddly limiting.

There isn't that much that appears to set apart this phone from the rest of Samsung's product line at present, unfortunately, and there is no concrete release date just yet. But hey -- it's been officially unveiled, and that's the first step for the hype train to get to rolling.