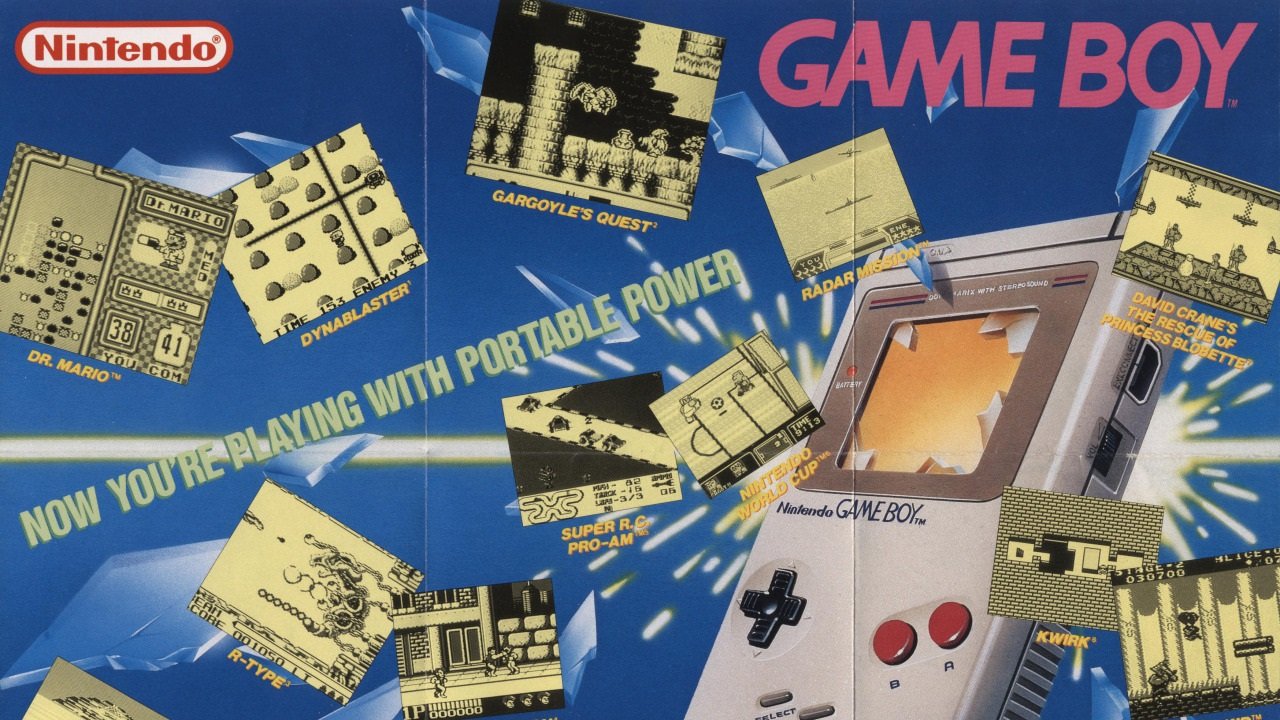 Ah, the Game Boy. That classic handheld that many of us spent our younger years squinting at in poor lighting, trying to catch just one more pokemon or beat one more dungeon before bed. After its original release way back in 1989, the Game Boy and its colorful successor made Nintendo the masters of gaming on the go, and that's something that they've held onto all these years later. I must have gone through a fortune in AA batteries over the course of my childhood due to these devices. Thank god I didn't go for the Game Gear. As usual, I won't be including any ports here, so classic titles like Dragon Quest/Warrior III, Tetris, and the like won't show up.

The original Super Mario Land was a very strange take on the classic platformer. So naturally, when it came time to make a sequel, Nintendo went out of its way to make it even weirder. Super Mario Land 2 saw the introduction of Wario, Mario's greedy nemesis, who was given the full spotlight in the third entry. This one saw Mario visit all sorts of strange worlds, from giant dolls of himself to actual space, where he'd face off against Tatanga once again. You'd also collect bunny ears that would help you fly. Because that's what bunnies are known for. Flying. What an odd game.

Pokemon Red and Blue were instant classics and started a worldwide phenomenon that persists to this day, but Gold and Silver are still hailed by many as the prime example of Pokemon. If you've played this generation in its entirety, then you'll undoubtedly see why. Gold and Silver weren't just more of the same, they added a full new cast of monsters to catch, a night and day cycle that had impact, and included the entire first region as a bonus for beating the game. Talk about value. It may not have featured Blastoise, the best starter evolution of all time, but it did have a big alligator, which is pretty cool in its own right.

The Legend of Zelda: Oracle of Ages/Seasons

Before you shout me down, yes, Link's Awakening is a hell of a game. It was Nintendo's first portable Zelda game and nailed it right from the get-go. However, not only do the Oracle games have more character than their predecessor, they also don't bug you every 10 seconds with a Guardian Acorn or Piece of Power, complete with full text boxes every time you pick them up.

Oracle of Ages and Seasons released at the same time, providing two full, standalone adventures that could also come together to form one enormous one. Made by Capcom rather than Nintendo proper, these entries had no business being as solid as they ended up being. Not only did they provide more of what you'd want out of a 2D Zelda, they added animal companions that changed things up, along with some fun characters. These were definitely highlights of the Game Boy era for me.

Looking back on Kirby's simple beginnings, you'd be hard pressed to have foreseen the icon he would end up becoming. Between starring in his own crazy series of games, getting a television cartoon, and becoming a mainstay of Super Smash Bros right from its inception, this lovable, hungry ball of...whatever he's made of....is one of the most endearing video game characters around, all because of his voracious appetite. If only eating everything in your sights could make the rest of us so lovable and famous.

Dragon Warrior Monsters came off to many in the states as an attempt for a bigger RPG name to try its hand at Pokemon's fame, but little did they know that the Dragon Quest series had been doing monster collection since about 1992, years before Pokemon first released. It was only natural that Enix would create a game with this mechanic as its focus, and it even set itself apart from Pokemon by having an in-depth breeding system for its monsters. Its sequel expanded on these elements even further, offering a bit more story, far more color, and bigger worlds for you to go off and explore with your monster menagerie. It even borrowed Pokemon's two-release approach, asking people to choose between Cobi's Journey and Tara's Adventure, which simply changed the protagonist and the monsters you'd meet along the way.

Super Metroid is considered by many to be one of the best games ever made. With such a prestigious title in a series, it becomes easy to overlook lesser known entries. Such has largely been the case with Metroid II. While the original Metroid was eventually remade in the Fusion engine as Metroid Zero Mission, Metroid II has received fairly little love over the years. The one time someone attempted to give it some proper attention was when fans worked to create a remake of it titled AM2R, a remake so solid that it was set to be honored at the Game Awards last year until Nintendo stepped in and had it removed from the listings because, well, Nintendo. Still, while it may not live up to the heights the series has reached over the years, it's still a title that is worth looking into, and a big name in the Game Boy library.

I know what you're thinking. “What the hell is Final Fantasy Legend III and how is there a Final Fantasy game I haven't played?” Well for starters, it's not actually a Final Fantasy game. While Final Fantasy Adventure was, in fact, a spinoff of the famous series, the Legend games were actually the beginnings of the SaGa series, renamed for American audiences in hopes of convincing people to actually buy the damn things. I doubt it worked, because I never hear anyone bring up this ridiculous game, and that's a bit of a shame.

Look, I'll be honest, I don't remember how good Legend III actually is, but I'll be damned if it isn't one of the most memorable handheld games I've ever played. It had an absolutely ridiculous story that involved time travel and fantasy technology, as well as a party of characters that could be mutated into monsters and such, just in case, you know, actual characters weren't your thing. Also, at some point after all the time travel was through, you'd gain access to a space ship and travel to another world entirely. On second thought, this might not have been a real game.