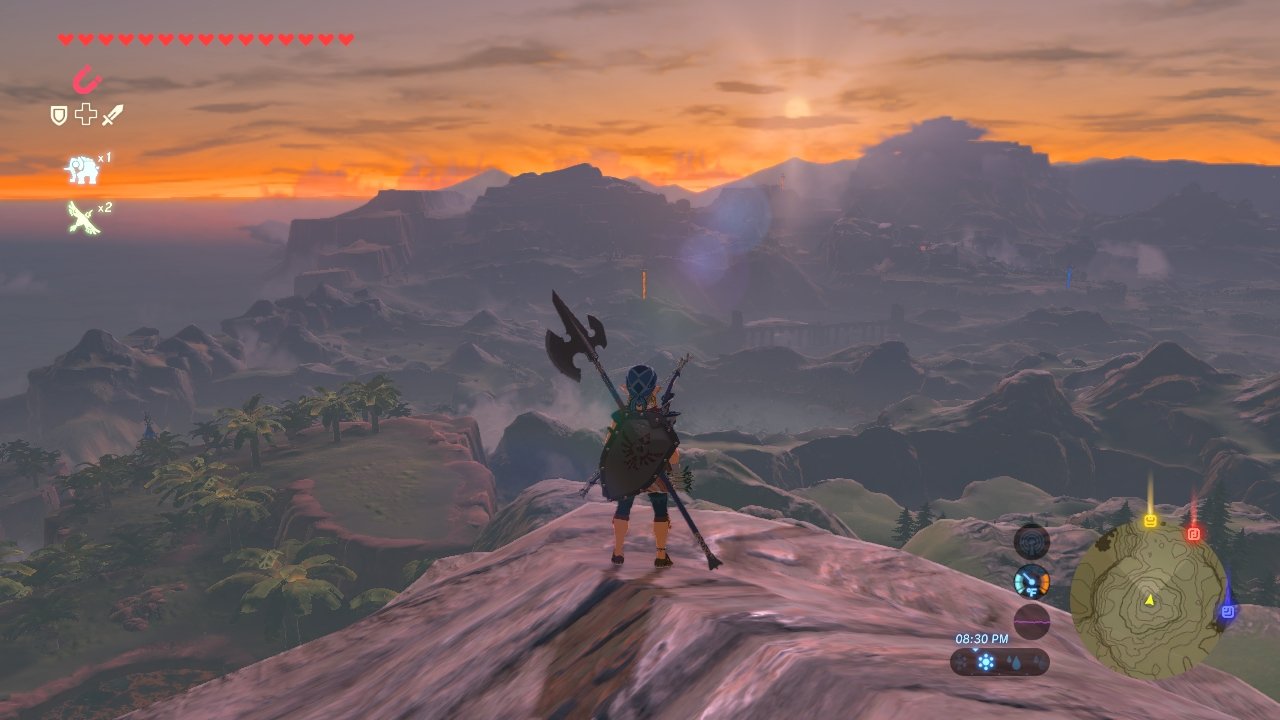 Future Zelda Games To Follow Breath Of The Wild's Lead

Breath of the Wild's hype has finally begun to die down a bit, but there are still plenty of people out there exploring this vast and gorgeous iteration of Hyrule. This entry represented both a bold new approach and, in a way, a return to form for The Legend of Zelda. In many ways, Breath of the Wild felt like the game that the developers behind the original NES Legend of Zelda had in their minds while creating it, so to see it come full circle while also being a breath of fresh air for both the series and open world games in general is something really special.

Don't take it from me though, as the latest issue of Weekly Famitsu spoke with Zelda producer Eiji Aonuma and director Hidemaro Fujibayashi about Breath of the Wild and the future of the series. When asked if the next entry in the series would take it back to being a dungeon-focused experience or would continue to expand on the "open-air" concept of BotW, Aonuma replied, "In the future, this will probably become the standard form.” That's pretty exciting to hear, especially if they can expand on the dungeons themselves while keeping the fantastic open world intact.

They spoke on a couple of other fun things as well. When asked why Ganon had become more of a concept than a character, Fujibayashi replied, “Role-wise, we didn’t need to attach a attach a character to him. If he started talking, he would need a backbone, and that would surely become obstructive as far as the game goes. Because of that, this is what became of him.” Also, when the inevitable 'where does this game fall in the timeline' question was raised, Fujibayashi proposed the idea that it should be left to players' imagination, while Aonuma said with a laugh, “The history of Hyrule changes over time. As a matter of fact, there have been several times so far that once determined history has changed. Even the details in history textbooks are gradually changing. So this time, the situation is as if I found new ancient documents."

The previous Zelda title, Link Between Worlds, made our Best 3DS Games list, so check that out if you're looking for more great games.