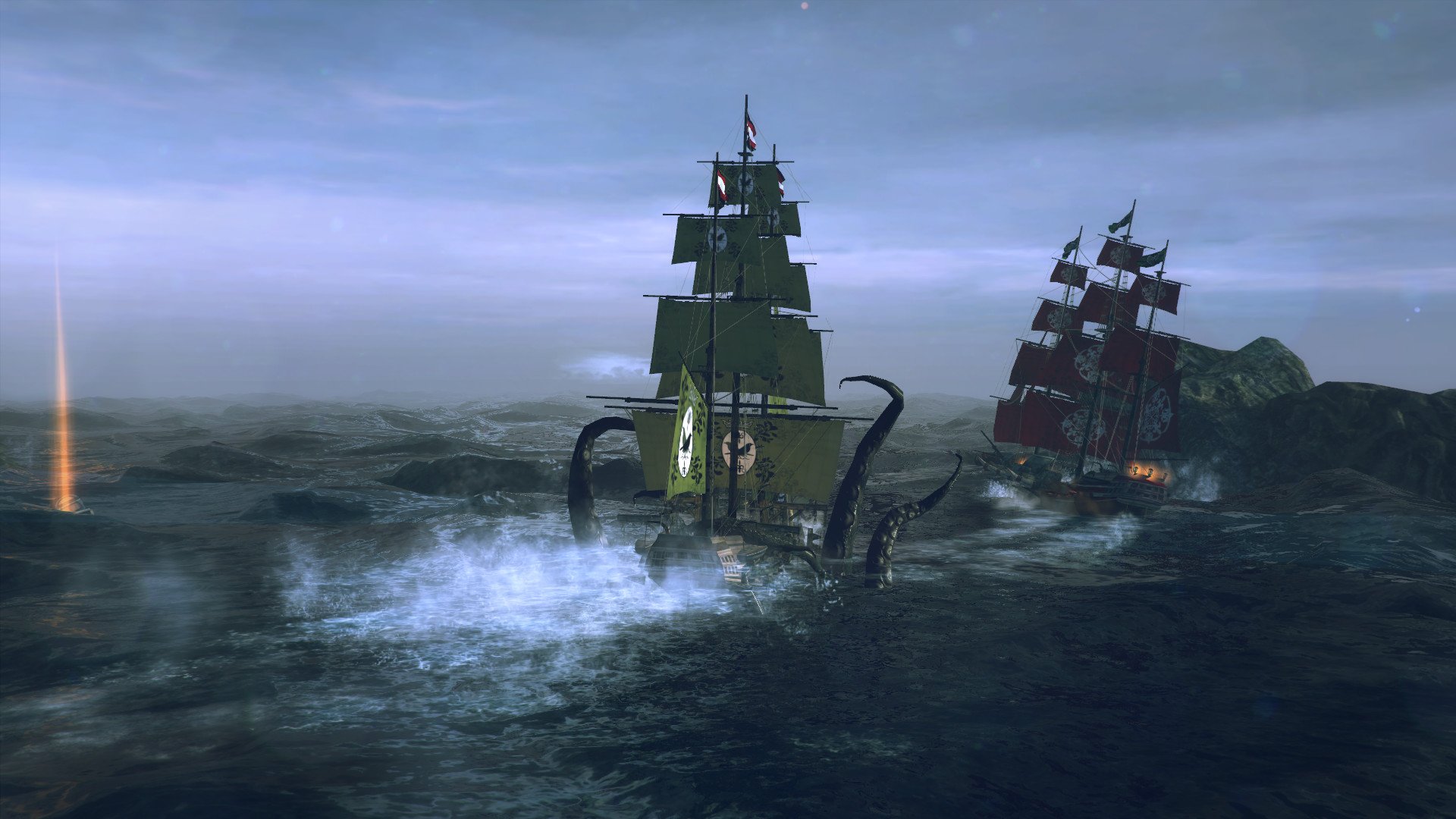 Yarr, Tempest Be Bringing Pirate Action To iOS And Android

Are you eager to be a feared swashbuckler, living your own life out on the seven seas? Do you want to go from port to port, taking what ya can and giving nothing back? Have you ever wished you were actually Johnny Depp? I can't help you with the last one, but for the first two, you may want to check out the pirate action-RPG Tempest, which will be making its way to iOS and Android on April 18.

Tempest is an open world pirate game that will make you captain of your own ship. You'll be able to head out on the seas across three regions with "dozens of islands" and "hundreds of quests." You can level up your crew and your ship is customizable as well. Outfit that bad boy with cannons, mortars, flame throwers, and whatever else will give you an edge and help you stay out of Davy Jones' locker. You could try and make an honest living, buying low at one port to sell high at another, but honestly it's so much easier to just take what belongs to others and sell that, isn't it?

Take on other ships in naval battles, try to destroy forts, or even battle mythical sea monsters such as the infamous kraken. You can play the game entirely in singleplayer if you wish, but there's an option for multiplayer as well if you'd like to test your ship against others around the world. Tempest has been out on Steam since last year, and reviews there seem generally positive, so this could be something worth looking into.

It doesn't feature any pirate games, but our Best iOS Games list has other awesome titles you could check out while you wait.