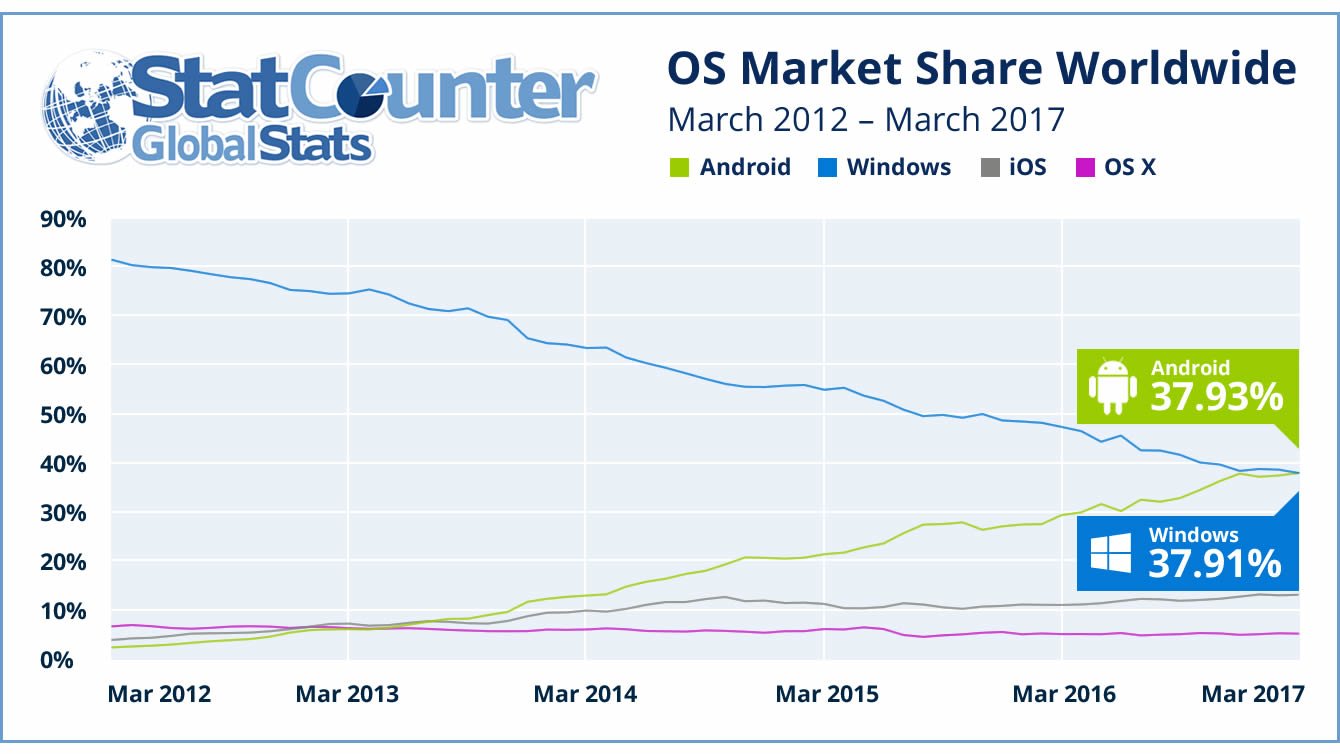 Just about ten years ago, accessing the internet from a mobile phone was little more than a novelty. Tech-savvy gamers might have been able to browse the VG Music midi archives from their Motorola Razr phones in order to score a few geeky ringtones, but that was about it. Now, though, mobile devices are the most popular way to browse the web. In fact, a recent study from StatCounter shows that as of this month, Google's Android operating system has surpassed Microsoft's Windows as the most-used OS on the internet.

This is no small feat. According to the study, Windows accounted for more than 80% of internet usage in March of 2012. Android started eking out its own chunk of that statistic around the turn of 2014, accounting for about ten percent usage. As of March 2017, Windows' internet usage has fallen to 37.91%, whereas Android's has risen to 37.93%.

The chart provided by StatCounter also reveals that iOS has accounted for less than 15% of internet usage across the entire five year range covered by the study. Curiously, OSX counts for little over a third of that figure — just 5.18%.

There is reason for Android's dominance in the internet usage arena: sales of PCs have been declining for the past five years, whereas mobile phone sales — particularly Android mobile phones — have been steadily increasing. Android is now the dominant mobile operating system in use across the world, and by a huge margin: a 2016 statistic reports that Android accounts for 53.3% of the US mobile market and 87.5% of the global mobile market.

Are you proudly rocking an Android mobile phone? If so, you might want to consider downloading one of the titles from our list of the Best Android Games.