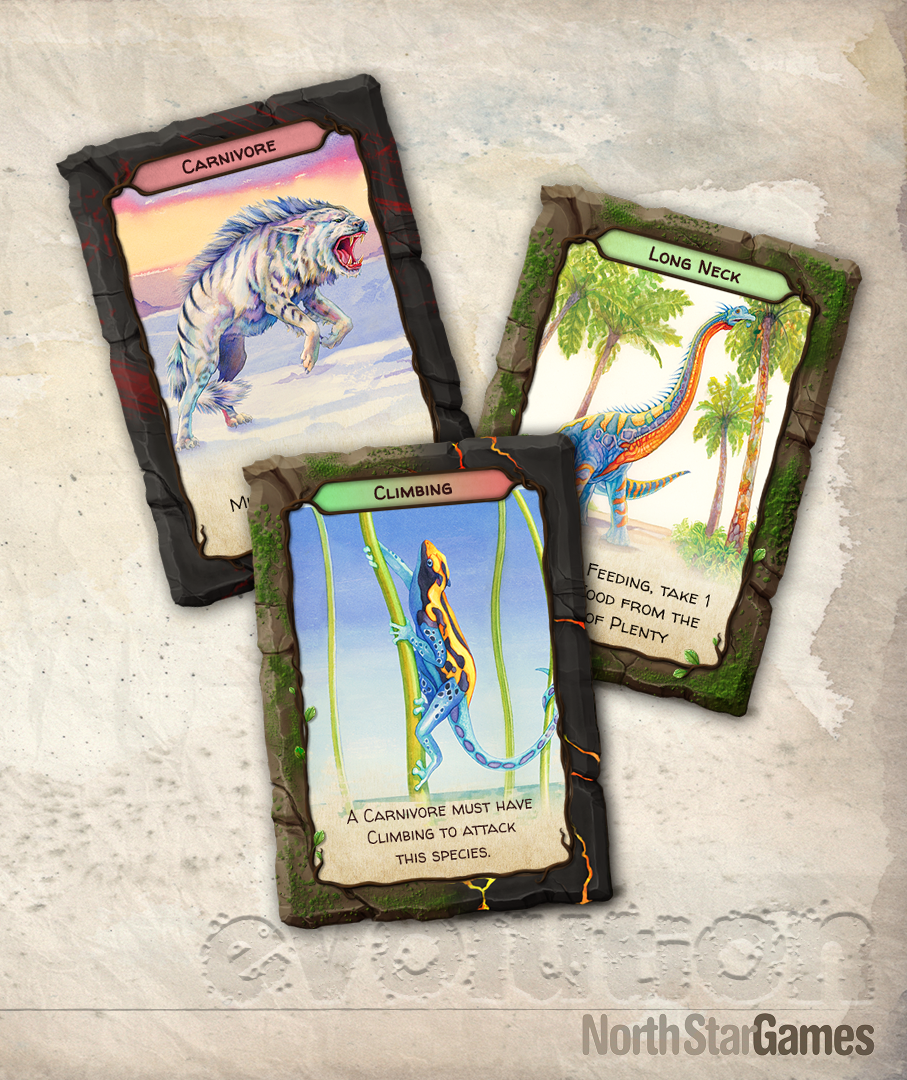 While at Pax East this year, I was able to make an appointment with North Star Games and see their board/digital game based on well, Evolution called Evolution. (You guys are so smart; you knew where I was going with that) Anyway, the digital game is based off of the board game of survival. The digital version is ready for Alpha testers and the cut-off date for those testers is Earth Day, April 22. Now, some people signed up at various events that North Star Games was attending but this is your last chance if you want to be a part of the Alpha wave of Evolution.

The lucky recipients will receive a Steam Key over the course of the spring and summer months with limited time access. As the web site/development blog states, the Alpha version is the pre-released version of the game. It will be this way until the Beta releases at a later date. The game is all about survival and finding different ways to get the most food at the watering hole. If that sounds good to you, then go to the North Star Games site and register for the Alpha version.

If you're more into mobile gaming( Since Evolution is a a digital card game, it will be on Tablet/mobile devices eventually) check out our "Best Free To Play Games" List.