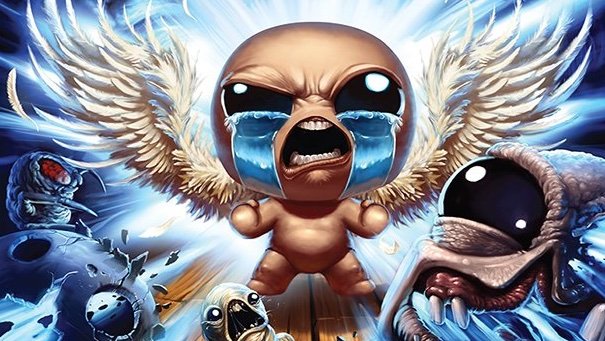 The Binding of Isaac Gets Yet Another Switch Physical Release

Fans of The Binding of Isaac were totally stoked when Nicalis announced that Edmund McMillen's roguelike shooter would be coming to the Nintendo Switch in a limited physical run. And, to no one's surprise, the game sold out almost immediately. Fortunately for players, Nicalis has good business sense: seeing consumer demand and responding in-turn with supply, the company has announced via Twitter that a second physical run of the game is underway.

Like with the previous release, properly titled The Binding of Isaac: Afterbirth+, the newest version of the title packs in all of the bells and whistles that the game has acquired through the years, including the Afterbirth expansion itself and a host of added items, characters, enemies, bosses, and alternate floors. And, as can be seen from Nicalis' Twitter announcement, the second physical Switch run of the game will also feature brand-new cover art. Lastly, a curious peek at the game's official blog will reveal that the new Switch version also includes a 20-page, full-color instruction manual.

There's no word just yet on when The Binding of Isaac: Afterbirth+ will release again, but players who missed the game the first time around should watch storefronts closely, as it's quite likely to sell out once more.

Looking for something a little old-school? Break out your old DS and hit up our list of the Best Nintendo DS Games.