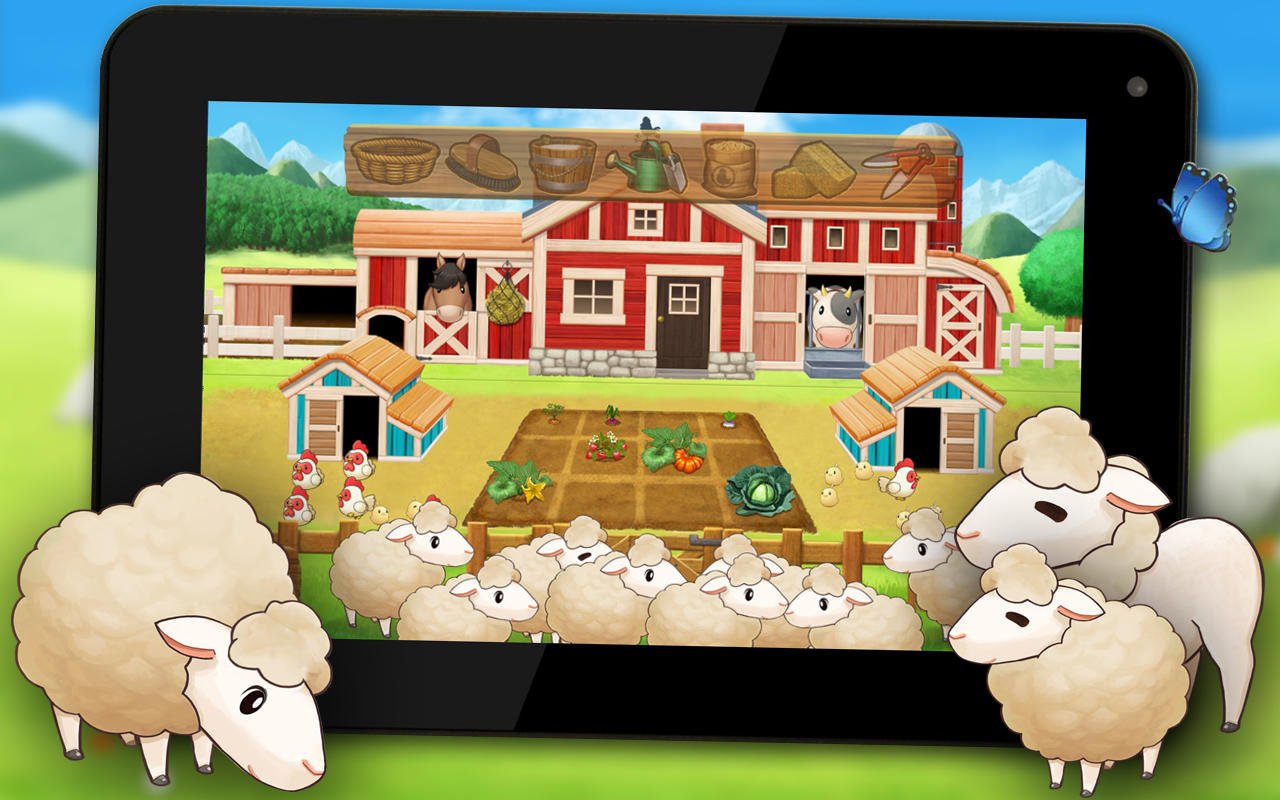 Harvest Moon Gets Even More Kid-Friendly In Lil' Farmers

As many older gamers know, Harvest Moon is a series with tremendous appeal. There's something delightfully charming about running your own farm, managing simple finances, courting mates from the nearby town, and completing daily goals before sundown. Unfortunately, while it might be fun or even relaxing for adults, Harvest Moon doesn't exactly appeal to very young children. However, that's soon to change.

Series publisher Natsume has teamed up with Daredevil Development for a new Harvest Moon title that is specifically tailored for young children. Subtitled Lil' Farmers, the game boils the farming formula down to singular first-person touchscreen-based activities, and bolsters the kid-friendliness by removing all in-game text and giving characters and animals a cutesy chibi style.

Series fans might find Lil' Farmers to be vaguely reminiscent of Harvest Moon DS, which leaned heavily on the handheld system's touchscreen controls to provide a more hands-on feel for the game. With that said, it's unlikely that series fans will be interested in this latest title, as it is being aimed squarely at children under six years of age. Still, for all those players who might be raising little tykes of their own, Lil' Farmers looks to be a great way to introduce their rugrats to a fun and family-friendly series.

Parents and players can expect Harvest Moon: Lil' Farmers to release for Android and iOS devices on May 25 for $3.99.

Lil' Farmers is still a month and a half away from its release date, which is plenty of time to grab an iPad and check out one of the titles on our list of the Best iOS Games.