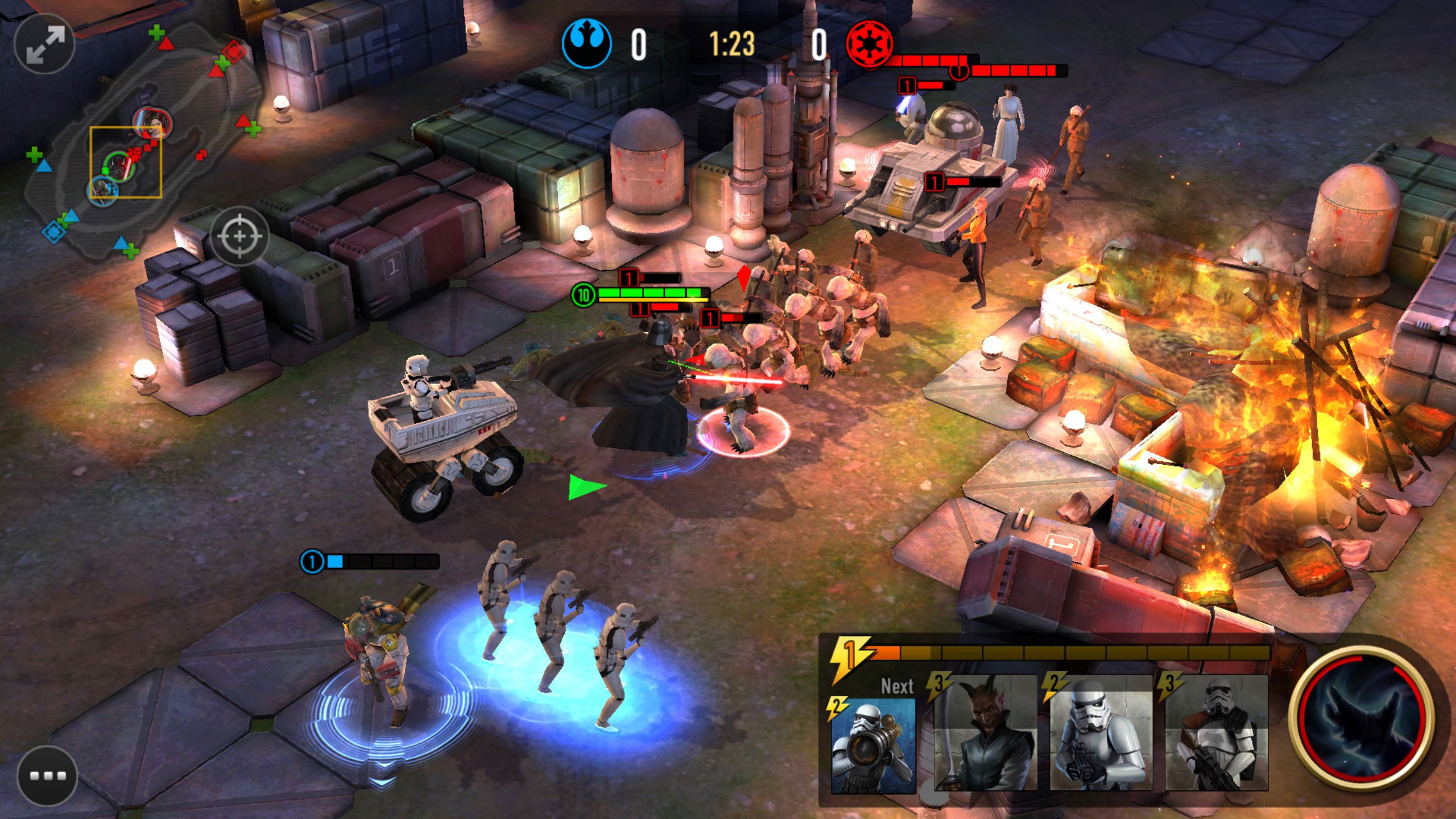 Players of Star Wars: Force Arena, the mobile strategy/MOBA title from developer NetMarble, are all set to receive a new update that will among other features include four new characters that series fans will recognize from Rogue One.

The new additions will include the Imperial Death Trooper and TX-225 Assault Tank from the Galactic Empire as well as the Keredian Partisans and Rebel Demolitionists from the Rebel Alliance. Additionally, the developer has added a new feature to the game's Guild system that will allow players to request and donate cards to one another within the same guild.

The game's 2v2 matches have been tweaked as well: players fond of the game's standard matches will now find that missions give out credits and card packs the same as they used to in ranked play. The new system means that players can enjoy the gameplay and rewards without affecting their ranks or tiers, though it does mean that players won't be able to engage in ranked 2v2 gameplay.

Players will doubtless also notice the game's new Replay feature which allows anyone to go back and watch any matches they've played in the last three days.

The latest update for Star Warce: Force Arena is available now on both iOS and Android platforms.

Getting tired of all the changes? Find a new game to love in our list of the Best Free To Play Games.