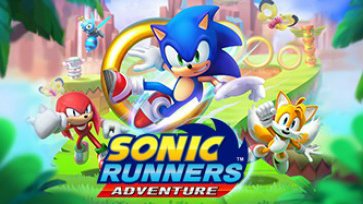 Thanks to a silly and seemingly-random blunder, game fans now know that they'll soon be treated to a new game starring Sonic, Tails, Knuckles, and all of the ring-collecting exploits inherent to the Sonic the Hedgehog series.

The game is called Sonic Runners Adventure, which likely makes it a follow up to the recently-deceased mobile title Sonic Runners, and its existence was confirmed entirely by accident: poking around on a customer service page over on the Gameloft website, a curious player discovered a FAQ page for the game.

Since the game hadn't yet been confirmed, only the basics are known. It's clearly being made in collaboration with Gameloft, and the FAQ page suggests that the game will offer both a timed mode and a story mode. Three different stage types will be available: Finite, Infinite, and Looped, the latter two of which will likely require further distinction, and Bonus Stages will see players flying around in an attempt to grab as many rings as possible.

Since the game's details are still squarely rooted in the rumor mill — Gameloft's FAQ page for the title has understandably and unsurprisingly disappeared — all of these details are subject to change.