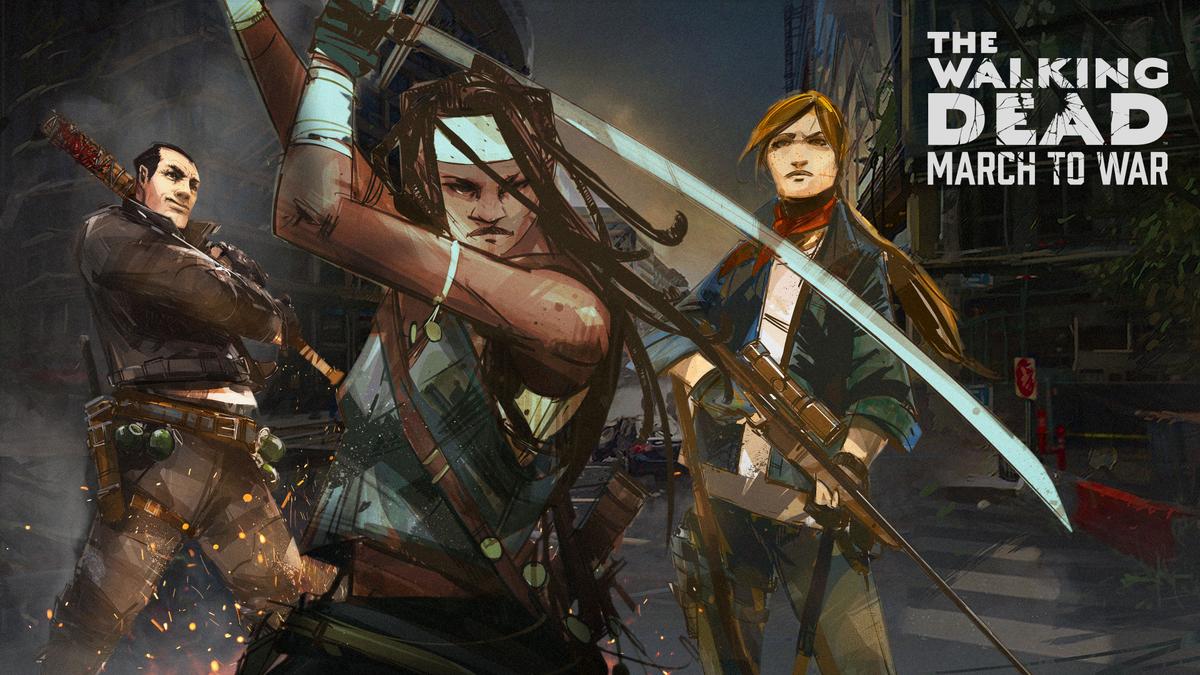 Fans of The Walking Dead will no doubt know about The Walking Dead: March to War, the upcoming mobile title from developer Disruptor Beam. What they may not know is how the game is set to work, which is why the developers have taken to the Disruptor Beam blog to detail the game's ever-crucial Council System.

March to War will see players recruiting Survivors through use of a Broadcast Tower, but those Survivors won't be able to make it on their own. That's why players will need to make use of Council Members, or expert-level characters like Michonne or Rick, to provide guidance and support.

Unlike with Survivors, Council Members can't be recruited through the Broadcast Tower. Instead, players will find comic covers out in the world, and once they've collected enough comic covers featuring a specific character, that character will be unlocked.

As might be expected, different Council Members will have different strengths and weaknesses. Players will want to consider who will lead their band of Survivors carefully, as everything from movement speed to resource gathering will be influenced by the group's leader. Disruptor Beam have announced that 12 total Council Members will be available at launch, with 11 characters from the graphic novels and one unique character from the developers themselves.

There's no word yet on a release date for The Walking Dead: March to War, so why not pass the time with one of the games featured on our list of the Best Android Games?