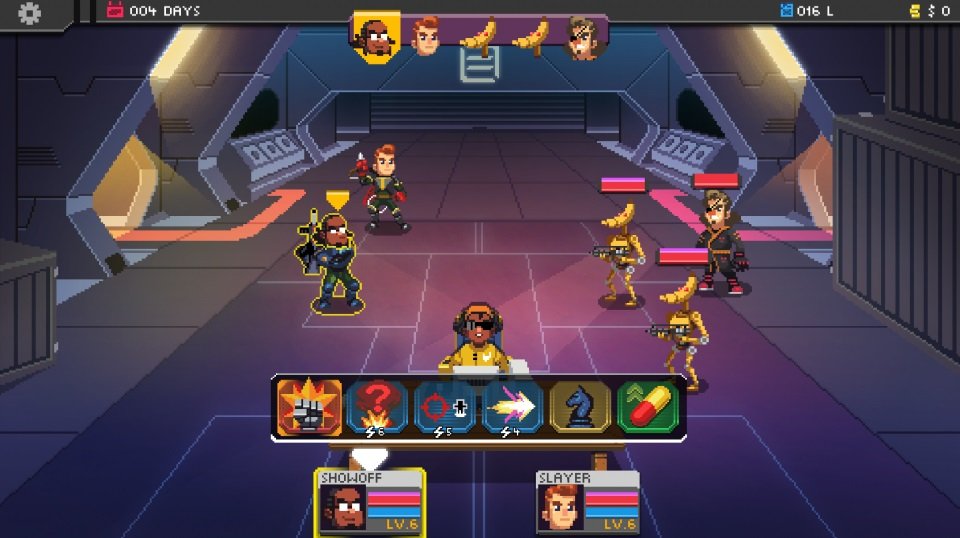 Galaxy of Pen & Paper Takes The Meta RPG To Space

Knights of Pen & Paper was an interesting take on RPGs. While many games look to create a virtual world that lives up to what you might create in an old tabletop RPG, Knights of Pen & Paper chose to zoom the camera out a bit, so to speak. It focused on a group of friends who were, in fact, playing a tabletop RPG, and built the fantasy world around their table as it happened. It garnered a fair bit of praise overall, but its sequel, which was made by a different developer, didn't quite live up to expectations for many.

Now the original developer is back at the helm for an all new adventure called Galaxy of Pen & Paper, and as the name might suggest, it takes on a science-fiction theme. The game was originally revealed last December via a teaser trailer, but at the time only PC, Mac, and Linux releases were listed. Now not only has it been confirmed that it will be coming to iOS and Android as well, we know that it'll be out this July. Basically, if you're a fan of pixel art, classic RPGs, and sci-fi settings, then this is something you'll probably want to keep an eye out for.

Need a mobile game to hold you over til this comes out? Check out our Best iOS Games list.