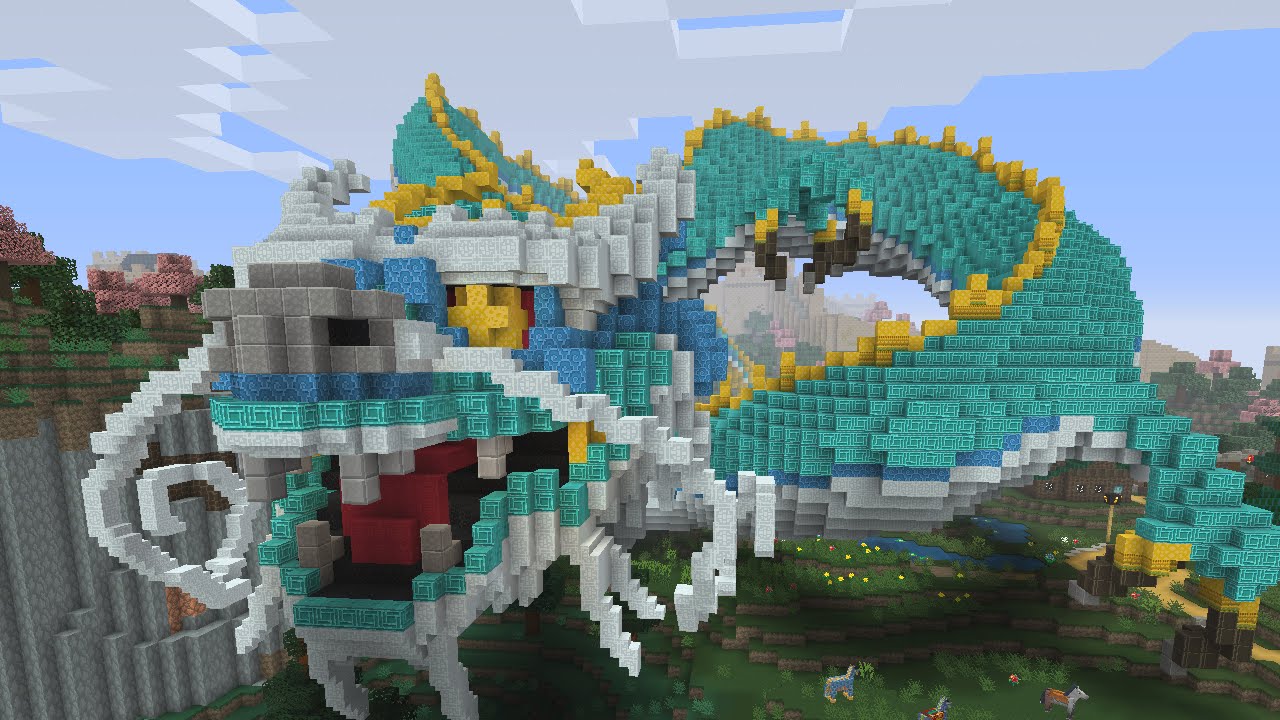 These days it's easy to write Minecraft off as the building game that's on every device imaginable, but there was a time that it was a pretty big name in the industry. While it's not as constantly talked about as it once was, it's still doing quite well for itself, recently having announced a Switch port on the way to match its million other versions. The mobile version of the game, Minecraft: Pocket Edition, isn't quite the console version or the PC version in terms of content or size, but is certainly cheaper.

It can be difficult to find a solid comparison between what's available on the different versions, but one way that the non-PC versions stand out is in their selling of texture packs and skins, whereas those on PC would just download them for free. One such texture pack has been added to the Pocket Edition in a new update — the Chinese Mythology Mash-Up Pack. This pack adds skins, textures, and music, and has been available on the console version since October.

One tidbit worth noting is that this pack costs $5.99, which is just about the cost of the game itself for the sake of some new visual assets. It's certainly not a great situation, but if you're desperate to give your maps an Asian twist then you can do so now.

Minecraft: Pocket Edition actually made our Best iOS Games list, so why not check the rest of them out?