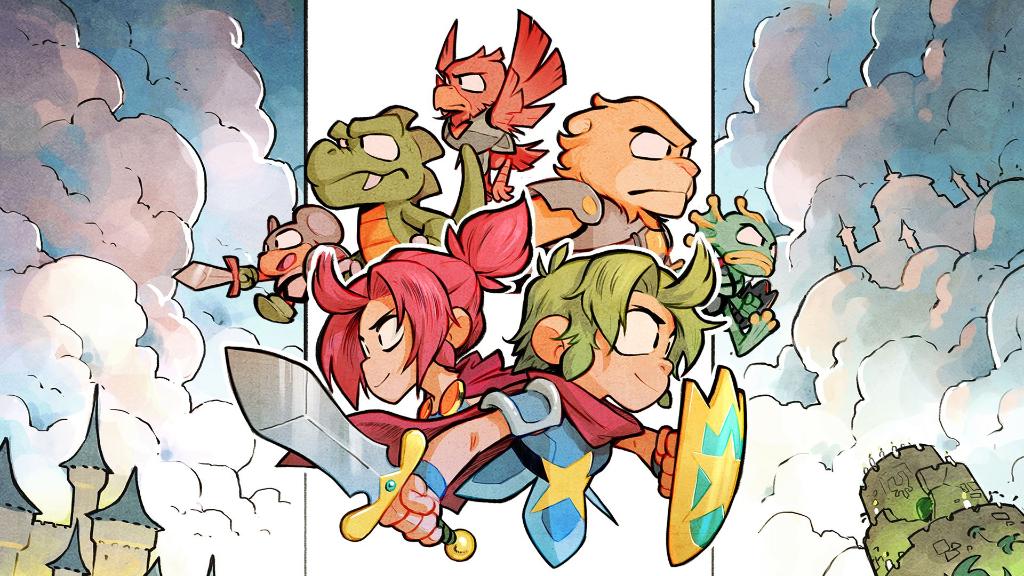 Wonder Boy: The Dragon's Trap Is The Pinnacle Of Retro Remasters

Remasters and remakes have become pretty industry standard at this point. As more modern games began making the jump to newer systems, so to did retro titles. Sometimes these simply carry over exactly as you remember them, and sometimes they get a bit of a visual boost, such as Ducktales: Remastered. While many no doubt have a preference for which of these approaches are taken, one recent title has gone above and beyond to be, in my opinion, what every retro remaster or remake going forward should look to for guidance. That game is Wonder Boy: The Dragon's Trap.

Developed by the talented folks at Lizardcube, the game serves as a remaster/remake of the 1989 Sega Master System title, Wonder Boy III: The Dragon's Trap. It's not uncommon these days to hear that it's just too expensive and difficult to make a solid looking 2D title, and yet it seems that every time someone says this another indie studio pops up to release a new gorgeous 2D game. There was Dust: An Elysian Tail, there was Ori and the Blind Forest, and now we've hit the mother lode with Wonder Boy: The Dragon's Trap.

Even were it just another indie game coming out of nowhere, Wonder Boy would stand out for its jaw-dropping art style and lovely animation. It's one of the most beautiful looking games I've ever had the pleasure of working my way through, to the point that even particularly annoying segments couldn't keep me upset for long, as just looking at the screen was a delight. The fact that this title is so faithful to its 1989 original — so much so that you can press the right trigger to swap between new and old visuals in an instant — only makes it that much more impressive.

The game focuses on the titular Wonder Boy as he takes on various evil dragons, but each dragon he encounters places a new curse on him, turning him into a different animal form. Each of these forms is full of character, from their overall look to the way that they attack, move about, and react. Little details set them apart from one another, such as Lion-Man's tendency to drag his sword along the ground or the way Hawk-Man leaps along instead of walking when traveling on the ground. The costumed dragons themselves have all been brought to life wonderfully in the new art style as well, making boss battles visually engaging.

While the characters and animations are all top-notch, the place where Lizardcube's hard work is most evident is often in the levels themselves. Needless to say, the Master System original didn't have a lot to work with. Some locations had very clear themes going on in their backdrops, such as the pyramid area or the sunken ship. In these situations, Lizardcube was able to simply create a much more beautiful and entertaining version of those themes. In some cases, however, settings simply weren't very interesting in the original, meaning that a bit more work had to go into turning them into cool locations.

A perfect example of this is one particular area that, on the Master System, was simply a row of trees in the background. In the new art style, however, it's a gorgeous open plain with a couple of trees and an enormous statue of a solemn-looking bear holding a sword. What really stood out to me about these more drastic redesigns was that every time you can see the little ways that they paid homage to the original version.

The 8-bit version of the shop was just a sprite of an eye-patch wearing pig with some text that said “Shopping Please,” with a list of items on the side. Now it's an elaborate, hand-drawn shop with items lining the walls, but on a post to the side is a sign that calls back to the original with the line “Shopping Please.” Similarly, the room where you swap between animal forms was originally just a floating pedestal in a room of blue and red boxes. Now it's an epic looking shrine with statues of each form, the pedestal held aloft by the lizard form's statue, but floating in space on the edges you can see those old blue and red blocks.

It's this extra level of love and care that went into the making of Wonder Boy that really sets it apart from, well, every other retro remake ever. The game itself has its flaws — hell, it's almost as old as I am for god's sake — but the effort that went into bringing it to the modern era without hampering the original work is something special. Even the remastered soundtrack is stellar, and that too can be swapped to its original form at the push of a button. It's a beautiful rendition of a fun adventure that many likely didn't know existed and would never have gotten to play. Basically what I'm saying is, “Lizardcube, can you just remake everything?”

As a bonus, here's a selection of comparison shots for you to peruse.