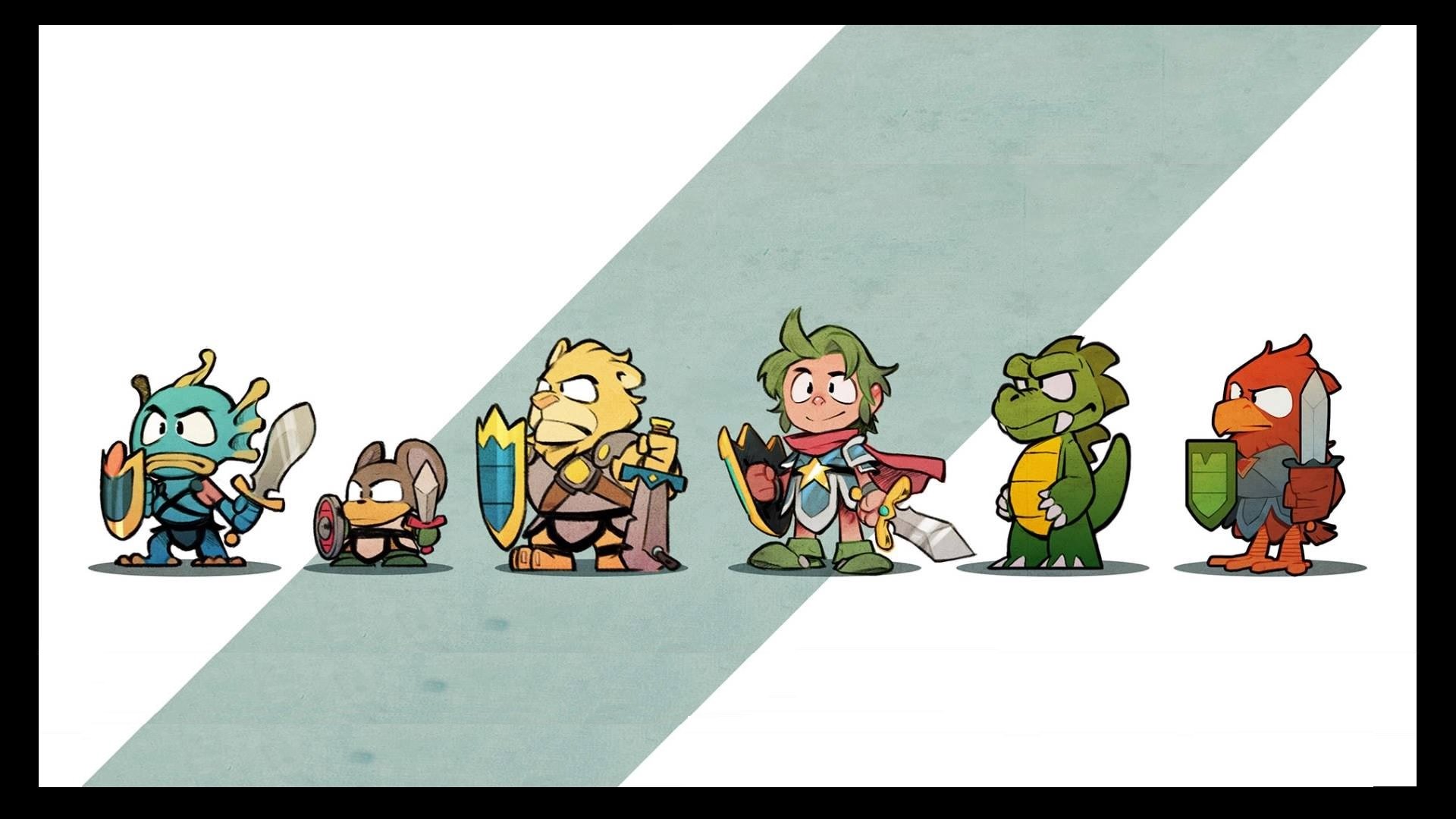 As you progress through the beautiful world of Wonder Boy: The Dragon's Trap and accumulate more animal forms to swap between, one of the simple pleasures of the game is trying to explore the different locations with your newfound abilities. If you've been doing a fair bit of this experimentation on your own up until now, then you've no doubt hunted down one or two secret entrances to "The Unknown," where you can work through a challenge level for a mysterious reward known as a Charm Stone. Collecting these will reward you with the ability to purchase a blade called the Gallic Sword from the shop that's hidden in the solitary floating block in the sewers below town. In addition to a hefty attack stat, this sword makes special items drop more often. If that intrigues you, then read on to learn how to access each area.

This charm is pretty easy to reach, and if you're thorough in your exploration then you might have even stumbled on the entrance pretty early on, but you can't actually enter it until you've gained the ability to break stone blocks. Once you have this ability, simply swap to Lizard-Man and make for the desert area. Head left into the desert until you reach the first pool of water with a sort of antlion in it. To get past it into the water you can either drop a tornado into the hole, pop a lightning item off, or just drop down and take the hit to fall through during your invincibility frames — just make sure you hug the right side of the wall or you'll land on a spring pad and bounce right back out. When you're underwater, simply head right and you'll see the door and the stone blocks guarding it, which can be broken by simply headbutting them as Lizard-Man.

To get ahold of this charm, you'll again need to have the ability to break stone blocks. Remember the path you took as Lion-Man down the breakable blocks in town and through the underground area to head to the ninja and samurai dungeon? You'll need to head that direction as Mouse-Man, taking the same path you did before. As you make your way through the underground, you'll reach a bit where there are some stair-like platforms with blue snakes on them. One of these stairs actually has an opening in the wall that will allow you to walk right into the wall. Simply head into there and you'll end up in the Unknown.

This one is hidden in a rather sneaky way, but luckily it's also one of the easier charms to get as well. To find this entrance you'll need to head back to the beach area. When you get here, simply drop off into the water and head left. You'll find a little underwater alcove with a door on the far left, but that's not what you're looking for. Instead, look up to the top of the room where two blocks sit side-by-side for seemingly no reason. You guessed it, stand on those blocks and hold Up to enter an invisible door, taking you to yet another level of the Unknown.

Lion-Man's secret entrance is probably the best hidden of them all. To find it, you'll need to head to the beach, as you did with Piranha-Man, but rather than dropping off into the water right away, you'll want to head right for a bit. After you've headed to the second screen, then you'll drop into the water and head to where there are some stair-like platforms with octopuses on them. You will likely be surprised to learn that in the gap between the first and second columns, the floor is actually made of breakable blocks. This can be hard to see on the new art style, so swap over to 8-bit and it'll be much clearer. Break those and drop down into the Unknown.

For this charm, you'll need to become Hawk-Man and head towards the desert again. Rather than heading left towards the pyramid, however, you'll instead want to head right towards the volcanic area. For the quickest route, fly up to the top of the screen and just continue heading right, flying over the majority of the obstacles with ease. Once you've finally reached the end of the area with the rad looking house that you headed into the first time you came here, you should see that the line of blocks along the right side of the screen has a gap at the top. Simply fly up through that gap and you're good to go.

Once you've beaten the game you'll regain your original Wonder Boy form at last! The game doesn't necessarily stop there, though. After the credits you'll be dropped off back in town in your "Hu-Man" form. This charm isn't necessary for anything if you already grabbed the others, but if you're looking for something extra to do then simply head left in town, just past the Nurse's office and into the house next to it. This should take you right to the final Unknown level, for one last charm stone.

Looking for other rad Switch titles? Check out our Best Switch Games list.