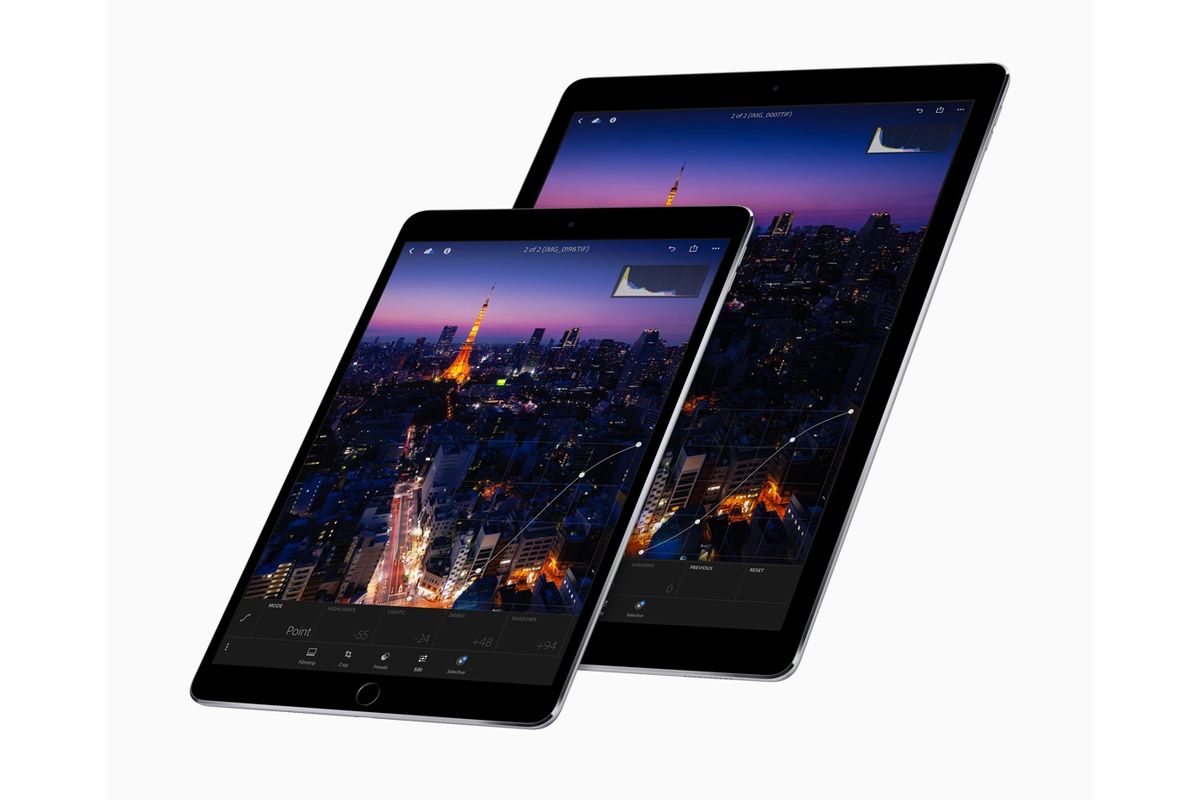 A lot of big news has come out of Apple's keynote presentation at this year's Worldwide Developers Conference. Among a lot of interesting reveals like new AR tools and Apple's first smart-enabled home speaker was new information regarding the iPad Pro, the company's flagship tablet range. The company is working on a number of innovations with their newest models, and we've got a close look at some of the tech specs and handy features users can expect from the new iOS 11-enabled iPad Pro models.

It's a little unusual for Apple to display hardware at WWDC, particularly considering the conference's focus on software. With that said, the company gave an extensive look at everything their iPad developers have been cooking up since last year's presentation. Chief among the iPad news was the announcement of an all-new iPad Pro, this one with a 10.5-inch Retina-enabled display.

The new display is 20 percent larger than Apple's previous 9.7-inch models, and coupled with a smaller form factor, the new screen really pops. One of many reasons behind the choice for an increased screen size was the option for users to enjoy a virtual keyboard that's nearly identical in size to standard-sized physical keyboards. In addition, the new screen includes ProMotion functionality, which will allow the screen to support up to 120hz refresh rates, and the screen can intelligently scale its refresh rate down when viewing photos or movies in order to save on battery consumption.

The size enhancement doesn't stop with the new 10.5-inch model, either. Apple has plans to release their plus-sized 12.9-inch iPad Pro model as well, and both models are open to order today with shipping beginning next week.

The new iPad Pro models do not skimp when it comes to performance and features. Users can expect the usual Apple build quality and ease-of-use, and more technologically-savvy users will be able to appreciate the tablet's six-core processor and 12-core GPU. The new iPad Pro models also ship with 12-megapixel cameras on the back and 7-megapixel cameras up front, and both new models come with a baseline storage of 64 GB and will also include support for both USB 3.0 and fast-charging options.

Of course, much of the utility for iPads comes down to the software, and iOS 11 is bringing some very nifty features into the mix. The all-new sliding dock allows users select their favorite apps as well as actively switch between them with just a single tap, and the totally-revamped App Switcher shows thumbnail previews of all the apps running, working in much the same manner as discrete virtual desktops.

In addition, users will be able to make use of simplified and universal drag-and-drop functionality, even between apps. Dragging on files or images is straightforward, and through multi-touch support, multiple files or images can be selected and easily transferred to other open apps. This is especially handy for use with the refreshed Files app, which functions like most users would expect a file explorer to function, but now has the added benefit of being smartly-connected to cloud storage options like iCloud, Google Drive, and DropBox.

All in all, the new iPad Pro models look to be more robust than ever, and Apple seems to have doubled-down on their efforts toward making the tablet ideal for casual fun as well as for business. Stay tuned to Modojo for even more coverage of all things Apple at this year's Worldwide Developers Conference.

Once you're done taking care of business, why not take some time to relax with your iPad? We've got loads of exciting games to play featured over on our list of the Best iOS Games.