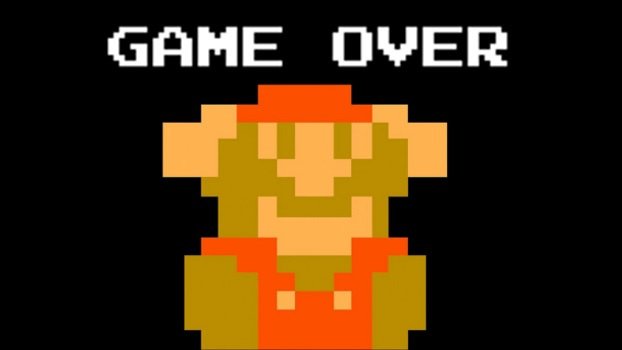 Here's Why Super Mario Odyssey Won't Have Game Over Screens

Bringing classic game design into the modern gaming world is tough -- fans of long-running series like the Super Mario franchise expect nostalgia-inducing gameplay in a package that also feels fresh and unique. This notion is why the upcoming Nintendo Switch title Super Mario Odyssey is set to introduce the Mario series' first sandbox-inspired world: it'll allow players to explore the types of themed environments they expect but in a modernized free-form manner.

Sandbox design isn't the only change on the menu, however -- Nintendo has recently revealed that Super Mario Odyssey will have no traditional Game Over conditions. And while this might sound like a pretty minor change to the formula, the implications could mean drastic changes down the line. Read on to discover why Super Mario Odyssey won't have game over conditions as well as what this change could mean for the series.

Nintendo revealed that players couldn't get a game over in Super Mario Odyssey through a gif image posted to the game's official Japanese Twitter account. In the image, players can clearly see Mario running into a red-shelled baddie before the screen fades to black and deduces ten coins from the player's inventory.

For those who can't read Japanese, the message roughly translates to the following: "If Mario's health falls to zero, or if he falls down a bottomless pit, you'll lose 10 of your coins. But...! No matter how many times you'll mess up, there's never a game over."

Aside from the obvious notion of removing death or failure from the game, taking away Game Over conditions could indicate a number of future design changes for the Super Mario series. The biggest potential change comes in the concept of level design -- instead of creating a set challenge that players have to get through in one run, merely enforcing a monetary penalty means that the developers are free to create more complex levels with multiple or perhaps even zero specific winning conditions.

Without the concept that players might fail, restart, and eventually conquer a given area, developers will also have more control over direct difficulty. Being unable to beat a specific level spells the end of entertainment for traditional linear games where one stage must be completed in order to move along to the next, but without a clear losing condition, players could potentially have infinite stamina, infinite retries, and never feel the regret that accompanies losing progress.

It also goes without saying that removing the notion of in-game "lives" completely negates the idea of collecting coins in order to earn more lives. This also means that green 1-up mushrooms will soon be a thing of the past.

There is one big question for the new system, though -- since Game Over conditions aren't present in Super Mario Odyssey, and players lose ten coins every time they die, what happens when a player doesn't have any coins? It may be that this situation more closely aligns with a classic Game Over -- an occurence where players do have to begin anew, or at the very least start the level over again. Or, it could just be that players' coin count goes into the negative, though something tells us that Nintendo has a more interesting system than that in mind for the game.

Whatever the case, we'll likely begin to learn more as we get closer to Super Mario Odyssey's anticipated October 27 release date.

Don't leave your Switch unprotected -- pick up one of the stylish and functional cases featured on our list of the Best Nintendo Switch Cases.