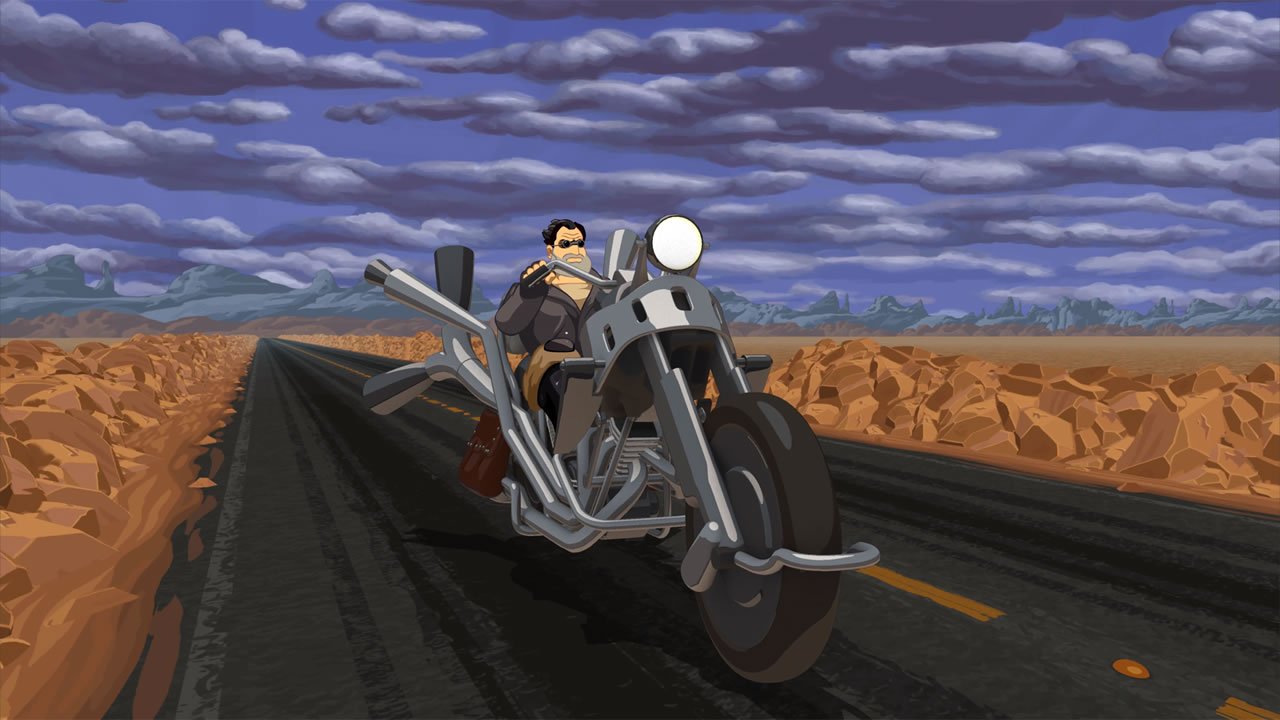 Players might know Tim Schafer as the creator and founder of Double Fine Productions, the studio that's released several cult classic games like Psychonauts and Costume Quest through the years. What they might not know is that one of Schafer's earliest hits was Full Throttle, the humor-laden PC adventure game created in partnership with LucasArts. Releasing over five years before Double Fine Productions was created, Full Throttle might be the single-most important game in Schafer's development history, and now, players can check out a remastered version of the title that's just recently been released for iOS devices.

Named Full Throttle Remastered, this latest version of the game mimics many of the updates offered in the other recently-released PlayStation 4, PS Vita, Steam, GOG, and Humble versions of the title. It still follows the exploits of the titular character Ben Throttle, leader of the biker gang known as the Polecats, who gets swept into a current of intrigue, murder, and of course, motorbikes. The remastered version includes a number of new tweaks as well, including options for players to selectively enable old- or new-school graphics, audio, and various interface options.

Looking for more awesome iOS games? We've got a fine selection of our iOS favorites featured over on our list of the Best iOS Games.